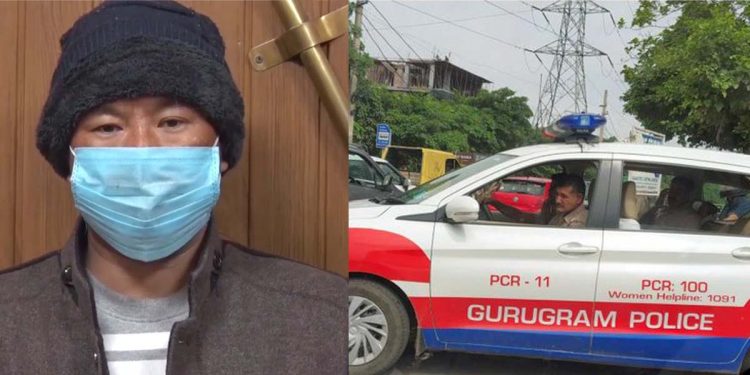 A hi-tech luxury car theft racket has been busted by Gurugram Police with the arrest of a Dimapur-based dealer of luxury cars stolen from Delhi, Rajasthan, Haryana and other states.

The dealer, who is the kingpin of the racket, has been identified as Kikheto.

According to police, the cars are sold in different parts of the Northeast region and Gurugram after the engine, chassis and registration numbers of the cars are changed.

Police said Kikheto has confessed that he had sold 50 luxury cars, after changing their engine, chassis and registration numbers.

The racket came to light after two culprits, identified as Ankit of Hisar and Zalal of Ghaziabad in Uttar Pradesh, were arrested by the crime branch of Haryana’s Gurugram Police on December 17, 2020.

The police were able to solve 9 cases of vehicle theft reported in Gurugram after the arrest of the two culprits.

Ankit and Zalal revealed that they had used to break open the luxury cars with the help of a tab.

After unlocking the luxury car, they took it to Dimapur in Nagaland and sold it to Kikheto.

Preet Pal Singh Sangwan, ACP (Crime), said, “During the interrogation, the kingpin of the racket confessed that he used to buy stolen vehicles from various districts in Haryana, Delhi and NCR, Rajasthan and other states.”

“The kingpin also revealed that he fraudulently changed the engine numbers and chassis numbers of the stolen vehicles and after making fake registrations, he sold those vehicles,” Sangwan said.

Sangwan informed that the accused confessed that around 50 luxury vehicles were sold in Gurugram.

“Investigation is going on,” Sangwan added.