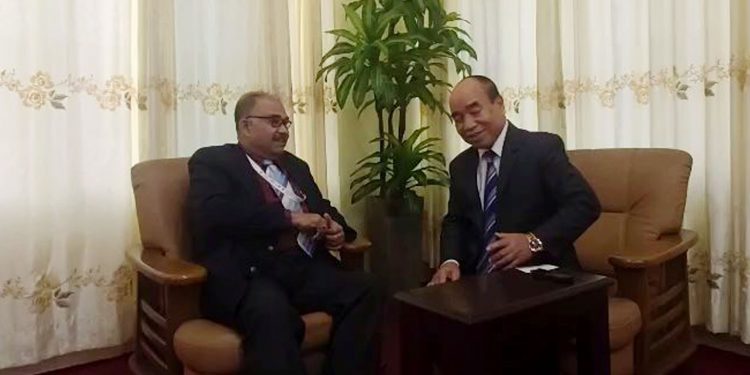 Mizoram Chief Minister Zoramthanga played a major role in securing the release of Myanmar’s ruling NLD MP U Whei Tin who was kidnapped by the rebel Arakan Army.

In an exclusive interview to this correspondent in his office, the former rebel leader said he was requested by NLD leaders to touch base with the Arakan Army and help secure release of the kidnapped MP.

U Whei Tin was finally released last week after being held captive for 79 days.

“The Myanmar government had given him up for dead,” Zoramthanga said.

“They requested me to do something. I contacted my friends in the Arakan Army and they said we cannot refuse you,” he added.

The Mizoram chief minister said he has been asked by Delhi to help in completing the Kaladan Multi-Modal transport project.

“I told them the present contractor is at loggerheads with the Arakan Army. He can never complete the project like that,” Zoramthanga said.

He said the foreign ministry has discussed in details with him and accepted his suggestion to change the contractor.

‘We can negotiate with the Arakan Army when the new contractor is selected,” he said.