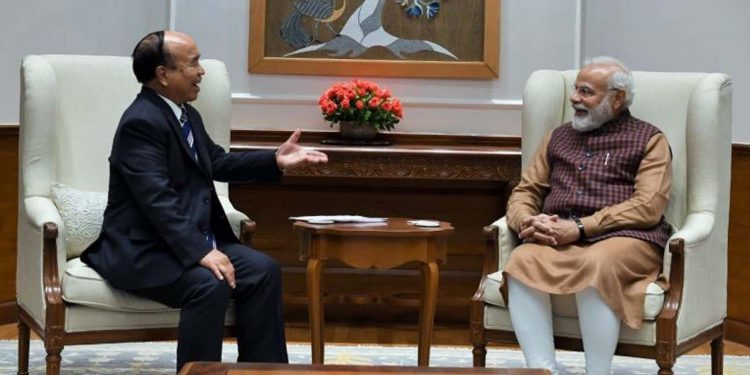 Mizoram government has again urged the Centre to create separate cadres of IAS, IPS and IFS officers for the state, an official said on Friday.

The CM asked the Prime Minister to take steps for the immediate creation of separate service cadre for Mizoram.

Presently, Mizoram is manned by IAS and IPS officers from AGMUT cadre— a common cadre for Arunachal Pradesh, Goa, Mizoram and union territories.

Citing the administrative inconvenience, Zoramthanga told Modi that the civil service officers of AGMUT cadre normally move from one state to another after few years.

“Because of this constant movement, they do not get sufficient time to acquaint with the local issues,” the CM told Modi.

Zoramthanga further underlined the need for revisiting AGMUT cadre structure and create separate cadre for Mizoram to bridge the loopholes.

Zoramthanga took up the issue with the Prime Minister in December last year as well.

Besides Mizoram, Arunachal Pradesh has also made repeated appeals to create separate cadres of IAS, IPS and IFS officers.

Sources said that the Centre is mulling to create separate service cadre for Mizoram, Arunachal Pradesh and Goa after repeated demands.