Chin National Front (CNF) insists Paletwa is part of the Chin State and the Arakan Army's claim on it is 'untenable'.

The Arakan Army’s  plans to ‘tax’ big projects like the India-financed Kaladan Multi Modal  transport scheme has been challenged by Chin rebels, threatening a turf war.

The Chin National Front (CNF) insists Paletwa is part of the Chin State and the Arakan Army‘s claim on it is ‘untenable’.

A senior CNF leader, in Aizawl for medical treatment , told Northeast Now that Paletwa was always part of the Chin Special Division and later a part of Chin state .

“Rakhines are only fifteen percent of Paletwa’s population , the rest are Chins and smaller tribes of the Mizo-Kuki-Chin family like Khumis. The Arakan Army is pushing Khumis to accept Rakhine identity which is unfair,” the leader said on condition of strict anonymity because disclosure may lead to arrest. 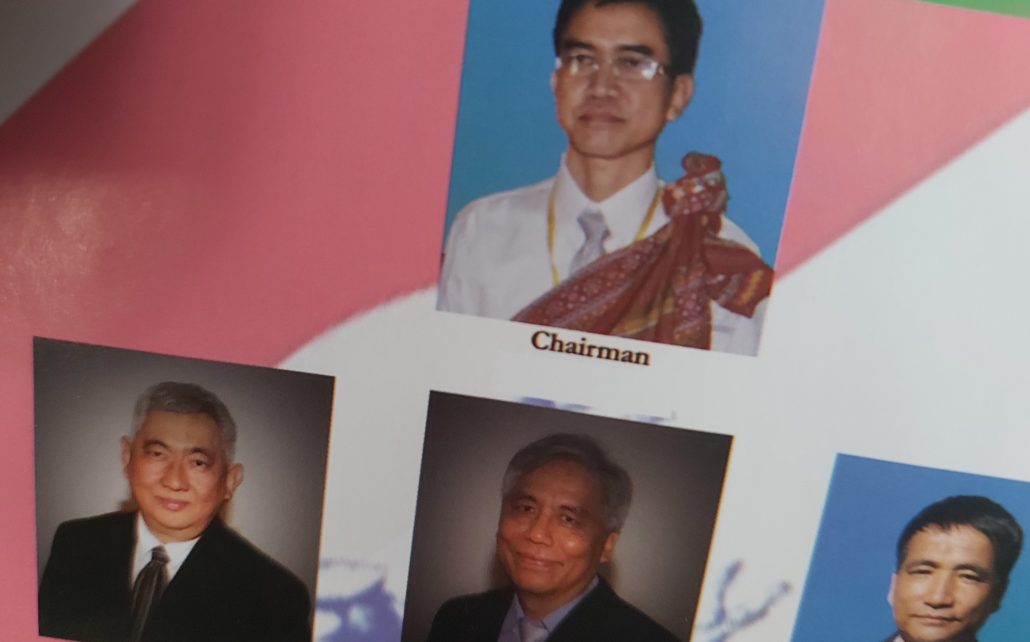 Indian security forces and Mizoram police have been zero tolerant towards Myanmar rebel groups and relentlessly attacked them since the Burmese army attacked Naga and other Indian rebel groups based in Sagaing Division bordering Nagaland and Manipur.

The Indian army and para-military Assam Rifles conducted Operation Sunrise against the Arakan Army bases in South Mizoram last year and demolished them.

“The Arakan Army is claiming Paletwa for tactical reasons because control over that area is crucial for them to access remote areas of Mizoram and the Sangu valley in Chittagong Hill Tracts where they take shelter during Burmese army offensive,” the CNF leader said.

What would the Chin groups do if Myanmar decides to hand over Paletwa to Rakhine state during possible future political negotiations with Arakan Army rebels ?

” I am sure Myanmar government will not do it but Arakan Army’s violent activities are endangering Chins,” the CNF leader said.

He said his group did not have strength to take on the 6000 strong Arakan Army but wished they refrained from making ‘unrealistic claims on Chin areas’ in tge interest of ‘revolutionary unity’.

The Arakan Army (AA) on Monday said they were going to  “tax” large  infrastructure projects and other businesses in areas of Rakhine and Chin states under its control, including the India-backed Kaladan Multi-Modal Transit Transportation Project, worth an estimated US$480 million (722.25 billion kyats).

Arakan Army chief Major General Tun Myat Naing told Burmese media outlet ‘The Irrawaddy’ on Monday that his group would start collecting money from the operators of large-scale projects, but did not say whether small and medium-sized businesses would also be taxed.

He said the taxes would be imposed from next year, as the group is currently compiling lists of the projects and businesses operating in those parts of Rakhine State and Chin State’s Paletwa Township where AA troops are present.

Paletwa is a key junction on the Kaladan  Multi Modal Transport project .

Indians have been kidnapped by the Arakan Army around Paletwa in recent weeks.

Maj-Gen Tun Myat Naing said projects and companies that fail to pay would not be allowed to do business in the area, and threatened to destroy them.

He said the operators of the Kaladan project, which was initiated jointly by India and Myanmar, had failed to acknowledge the group’s authority in the region, and that the AA planned to collect taxes as a way of asserting itself.

The AA chief said, “We are planning to send letters to the Indian Embassy and Indian companies. They can carry out their work, but they must inform us of their plans. And they must avoid engaging in any activities that resemble military operations.

“If they are only undertaking projects, they need to make sure they look like projects.”

If they intend to implement any projects in Rakhine State, the AA chief insisted, “They must negotiate with us with respect.”

He said the AA would support those projects whose owners informed the group in advance of their travel plans within the region. “If they don’t inform us, we will make them,” he said, “for security reasons.”

The AA earlier warned transportation companies, both road- and waterway-based, to inform the group of their movements to avoid “unnecessary consequences” in zones where it is fighting the Myanmar military.

In early November, an Indian man died in AA custody after being abducted along with nine others, including several Indians, who were working on the Kaladan project.

The group was abducted from two boats traveling from Paletwa to Kyauktaw, Rakhine State, on Nov. 3.

AA spokesman Khaing Thukha told The Irrawaddy at the time that the armed group had not specifically targeted the Indian civilians for detention, adding that the men were detained in the course of regular AA checks on boats and speedboats for security reasons.

On March 30, the AA arrested 13 employees of the Hsu Htoo San Construction company, accusing them of affiliation with the Myanmar military.

The Myanmar company works with the Kaladan project, which aims to link western Myanmar and eastern India via multiple routes. The AA later released five of the 13, including two women, but accused the rest of working undercover for the Myanmar military and detained them for five months, until they were released on Aug. 18.

On March 16, the AA fired missiles at the Yadana Win vessel in Paletwa. The vessel was carrying steel trusses for use in the Kaladan project. The attack resulted in losses to the project of 1.072 billion kyats.

Maj-Gen Tun Myat Naing promised the group would not engage in clashes near the China-Myanmar Crude Oil and Gas Pipelines, or the planned Kyaukphyu Special Economic Zone and Belt and Road Initiative projects, because Beijing acknowledged the existence of the AA.

“Sometimes China puts pressure on us in order to maintain stability at its border. That’s reasonable. We are fighting the Myanmar military at home. But at the same time we have to maintain good ties with our neighbor, which is much more powerful than we are.”

Indian intelligence suspects huge Chinese pay-offs the AA may have received to ensure the Kyaukphyu project was not disturbed.