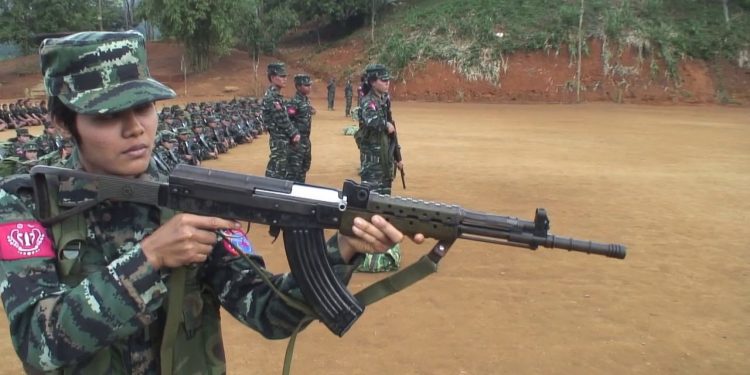 The fighters of the separatist Arakan Army on Thursday claimed they had released 52 ethnic Khumi villagers from western Myanmar’s Chin state.

The army had detained these villagers for six months in a border camp after soldiers took them into captivity following a battle between Arakan Army rebels and the Tatmadaw soldiers.

At the time of the clash in early February, a Khumi organization in the region demanded the release of the villagers whom it said had been abducted by the AA and later picked up by the army.

But the AA denied taking take the civilians by force, saying it had helped them flee to safety at their own request after the fighting near Kintalin village in Chin’s Paletwa township ended.

Local residents disagreed with the AA’s version of events.

They said that after its soldiers arrived in Kintalin village, the Arakan Army fighters ordered the villagers to gather at a church and forced them to leave when they told them that the Myanmar military would soon bomb the community.

Fighting has intensified between the Arakan Army and the government troops all over Rakhine and Chin provinces and the rebels were mounting daring raids even into urban locations heavily defrended by the troops.

The rebel activities are a source of worry for India because they have abducted contractors working on roads and bridges important for Delhi’s Kaladan multi-modal connectivity project.