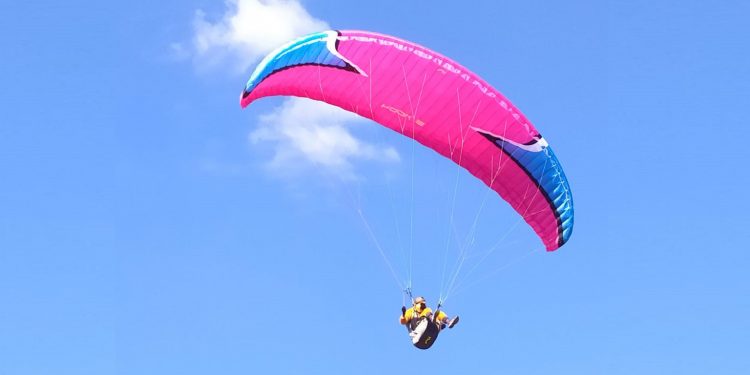 A participant of the paragliding championship. File image: Northeast Now

Mizoram is going to organise  the aero-sport tournament — the International Paragliding Accuracy Championship 2020 in February.

The five the event will be held at Serchhip in central Mizoram from February 12, said an official of Mizoram’s sports department.

According to the official, over 130 participants from 30 countries would take part in the championship.

The organizing committee under the chairmanship of Mizoram”s sports and tourism minister Robert Romawia Royte has prepared a detailed roadmap to successfully host the international sports event.

Technical experts, members of the Mizoram Aero-Sports Association and officials of the Mizoram government are jointly working to make the arrangements for the Championship.

Earlier in 2018, the hill state had successfully organised the Pre-World Cup Paragliding Championship.