There were a total of 12,081 Bru voters in six relief camps in Tripura during Lok Sabha poll in April 2019 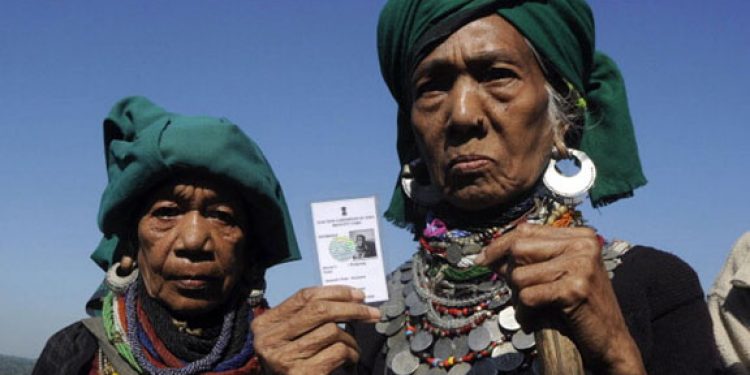 Mizoram’s civil society groups on Tuesday demanded that names of the Bru voters, who failed to return to Mizoram before signing of the agreement, be immediately deleted from the state’s electoral roll.

The NGO Coordination Committee said the agreement signed among the Centre, governments of Mizoram and Tripura and Bru organisations on January 16, allowed the Bru people, temporarily residing in six relief camps in Tripura, to permanently settle in that state.

NGO Coordination Committee is a conglomerate of major civil societies and students’ organisations in Mizoram.

The committee said the Centre and Mizoram government made at least nine attempts to repatriate the Bru refugees but yielded little result as the majority of them refused to return citing several reasons, including inadequate rehabilitation package.

“As the quadripartite agreement allowed the Bru people to permanently settle in Tripura, their names should be deleted from Mizoram electoral roll at the earliest,” the NGO Coordination Committee said in a statement.

The committee said it would pursue and look into the agreement to ensure that it is materialised.

The committee also vowed to take steps to ensure that the Bru voters are defranchised from state’s electoral roll at the earliest.

Earlier, Mizoram chief electoral officer (CEO) Ashish Kundra had said the Bru voters’ issue would be resolved in accordance with “The Representation of the People Act, 1951” as an agreement allowing the non-repatriated Bru people to settle permanently in Tripura had been signed.

He said the Bru voters would be deleted from the state’s electoral roll perhaps in the next roll revision once the Bru people are re-settled in their respective areas and relief camps in Tripura are closed down.

The government would take approval from the Election Commission to go ahead with the deletion process, Kundra had said.

There were a total of 12,081 Bru voters in six relief camps in Tripura during the Lok Sabha poll in April last year.

During the last phase of repatriation conducted between October and November last year, 1,168 Bru people, comprising 715 adults and 453 children, belonging to 289 families, returned to Mizoram.

According to election officials, the total number of Bru voters, whose names would be removed from the Mizoram’s electoral roll, would be more than 11,000, although over 700 adults had returned during the last repatriation.

State home department officials said at least 11,211 people, including 3,436 children, belonging to 2,498 families have returned to Mizoram during the repatriation exercise conducted from 2009 to 2019.