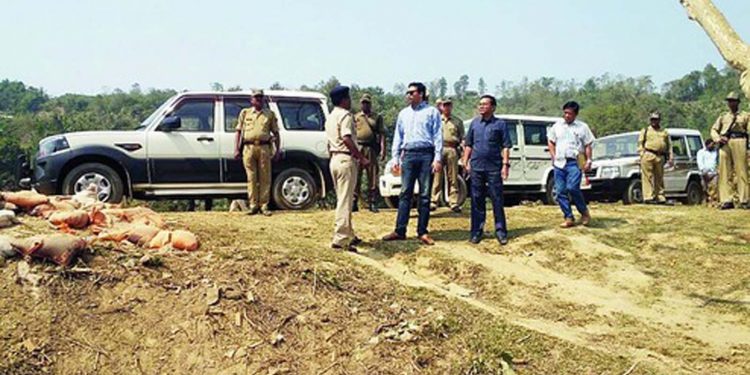 The Mizo Students’ Union (MSU) on Wednesday urged the Mizoram government to constitute a boundary commission to resolve the long pending border dispute between Mizoram and Assam.

A statement issued by the second largest students’ body in Mizoram said the state legislature had passed a private member resolution, seeking formation of boundary commission at the initiative of the Centre in 2015.

The state government did not take any concrete measure to constitute the boundary commission till date, the students’ body alleged.

The statement said the Joint Action Committee (JAC), representing all political parties and NGOs in the state, submitted a memorandum to Prime Minister Narendra Modi in November last year, asking him to form boundary commission to resolve the boundary dispute between Mizoram and Assam.

In response to the memorandum, the union ministry of home affairs instructed the Mizoram government to make suggestions for forming the boundary commission.

However, the state government failed to give reply to the Centre, the statement said.

The students’ body said the Centre is open-hearted to resolve the pending border dispute.

It appealed to the state government to take measure to ensure that a boundary commission is set up at the earliest to settle down the prevailing border dispute.

The border dispute between Mizoram and Assam is a long pending issue which has remained unresolved till date.

The border issue has remained relatively calm despite the disputed nature, excepting a few instances in 1994 and in 2007 when tensions flared up.

But because of timely intervention by the central government, a major crisis was averted.

Several dialogues, held since 1995 to resolve the border dispute, have yielded little result.

Mizoram claimed that a 509 square miles stretch of the inner line reserved forest notified in 1875 under the Bengal Eastern Frontier Regulation of 1873 belonged to Mizoram while Assam side agreed with the constitutional map and boundary drawn by survey of India in 1993.

In March last year, a border standoff took place at Zophai or Karchurthal area near Bairabi town when MZP functionaries attempted to construct a wooden resting shed there.