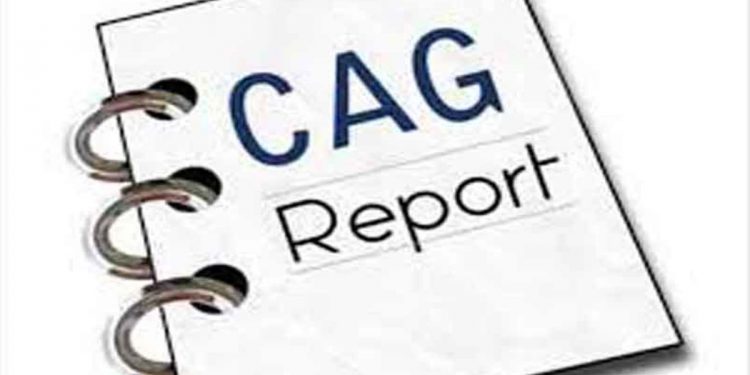 The Comptroller and Auditor General of India (CAG) has asked the Mizoram government to take steps against officials of two state government departments involved in wasteful expenditure of Rs 3.84 crore.

According to the CAG report, which was tabled by the government recently in the Mizoram Assembly, revealed that the state government has incurred an infructuous expenditure to the tune of Rs 2.84 crore under the public works department (PWD).

According to CAG, inadequate planning and preparedness in taking up a project involving new technology led to wasteful expenditure.

The Mizoram government also made a wasteful expenditure of Rs 1 crore under the commerce and industry department for non-utilization of a building, the report said.

The building was constructed to be used as a food-testing laboratory.

As per the report, to provide an all-weather access road to unconnected habitations, the union ministry of rural development approved construction of a 10.59km road between Mamte and Thingfal villages in Lunglei district under the Pradhan Mantri Gram Sadak Yojana (PMGSY) scheme in May 2013.

The work was awarded to Biakliana, an Aizawl-based contractor at an estimated cost of Rs 6.31 crore.

The contractor started the construction work of the road in December 2013 and completed it in 2017, two years later the deadline at a cost of Rs 6.42 crore.

The original project involved the construction of a soil-stabilized base course technique, using liquid polymers.

But the contractor laid wearing course (bituminous layers) on the base course of 48.9km pavement (remaining 4.85km was cell filled concrete) before proper drying and the construction was done during the rainy season.

Besides, the maintenance of the 4.89 km of the constructed pavement using liquid polymers, as sought by the original project, was absent as a result, the Thingfal-Mamte Road did not last even for a year, causing a wasteful expenditure of Rs 2.84 crore.

The union ministry of commerce and industry also approved setting up of a food-testing laboratory at Zokhawthar along the Mizoram-Myanmar border as proposed by the state government in 2010, the CAG report said.

Later, the location of the laboratory was shifted to Thenzawl in Serchhip district and an expenditure of Rs 1 crore was incurred by the commerce and industries department (commerce wing) during 2010-11 for its establishment.

The state government again shifted the laboratory to the building of the Central Medical Store at Zemabawk in Aizawl on the ground that its design and construction at Thenzawl were not suitable for the installation of sophisticated machinery.

There was also a problem in deploying technical persons at Thenzawl. The CAG report further said the expenditure of Rs 1 crore, incurred over the laboratory’s construction at Thenzawl, was also infructuous.