He made this announcement to “encourage population growth” among the demographically small Mizo communities. 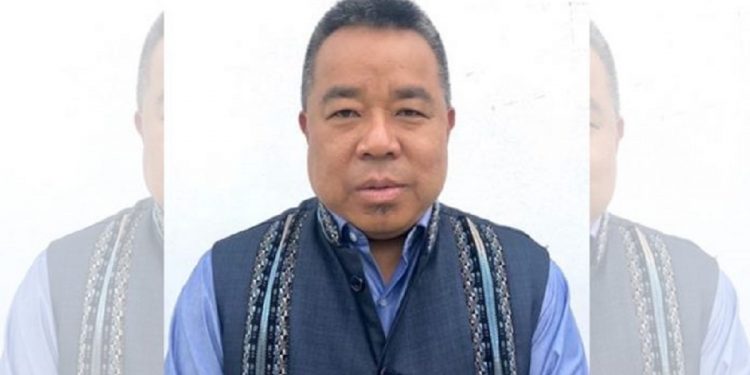 At a time when most Indian states are advocating population control policy, a Mizoram Minister has made a bizarre announcement.

Mizoram Sports Minister Robert Romawia Royte has announced cash incentive to a living parent with highest number of children in his constituency.

He made this announcement to “encourage population growth” among the demographically small Mizo communities.

On the occasion of Father’s Day on Sunday, state sports minister Robert Romawia Royte, who was elected from Aizawl East-2 assembly constituency, had announced that he would reward a living father or mother having the largest number of offspring within his constituency with a cash incentive of Rs 1 lakh (branded as Rs 1 lakh NECS prize money).

Besides monetary reward, the incentive will also carry a certificate and a trophy, the minister said in a statement on Monday.

However, he did not mention the minimum ceiling of children.

Royte said that the infertility rate and the decreasing growth rate of Mizo population has become a serious concern of demographists.

He said that Mizoram population is far below the optimum size to bring development in the state.

“Mizoram is far below the optimum number of people to attain development in various fields because of the gradual decline in its population.  Fewer population is a serious issue and hurdle for small communities or tribes like Mizos to survive and progress,” Royte said quoting experts.

He said that some churches and orgnisations like Mizo Synod and Central Young Mizo Association (CYMA) are advocating a baby boom policy to encourage population growth for ensuring optimum size vis-a-vis the area of the state.

The national average is 382 per sq.km.

In June 2018, the present CYMA president Vanlalruata had said that the Mizo people often face socio-economic and cultural assimilation as they are fewer in number.

The YMA was in strong favour of population growth policy among the Mizos, he had said.

Several local churches in the state had also in the past announced cash incentives to Mizo couples, who have more than three children.

Assam chief minister Himanta Biswa Sarma had recently announced that his government will gradually implement a two-child policy for availing benefits under specific schemes funded by the state.

In 2019, the previous BJP government had decided that those with more than two children would not be eligible for government jobs from January 2021. This was a follow-up to a resolution passed by the Assembly in 2017 on the Population and Women Empowerment Policy of Assam.

Assam currently has a two-child norm along with requirements of minimum educational qualifications and functional sanitary toilets for contesting in panchayat polls as per an amendment in 2018 to the Assam Panchayat Act, 1994.

Earlier on Sunday, Uttar Pradesh Law Commission chairman Aditya Nath Mittal had also said that there should be a check on the increasing population as it is creating problems in the state.

However, some organisations like Population Foundation of India (PFI) had said that India should learn from China’s revision of its two child policy citing the move shows that empowering women and enhancing their capabilities works better than coercive population policies.

In December last year, the Union Ministry of Health and Family Welfare had told the Supreme Court that the family welfare programme in India in voluntary in nature, which enables couples to decide the size of their family and adopt the family planning methods best suited to them, according to their choice, without any compulsion.