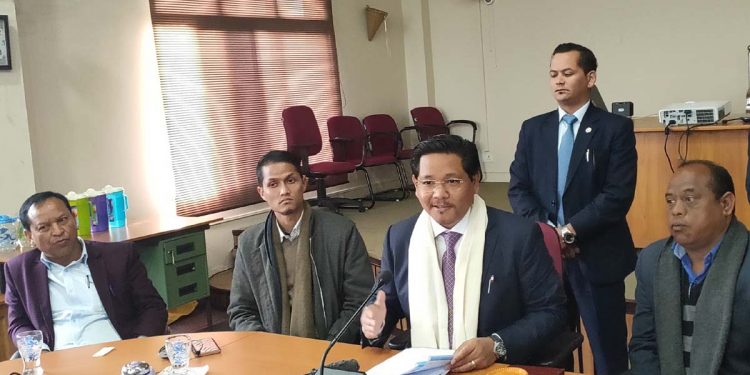 The festival will be held at the Thadlaskeiñ Lake along the Jowai-Silchar-Tripura highway.

This was announced by Meghalaya chief minister Conrad K Sangma who chaired a meeting with the PWD (buildings) and tourism department as well as the representatives of the Jaiñtia Hills Autonomous District Council (JHADC).

The chief minister said decisions were taken on pushing key projects and initiatives for Jaiñtia Hills which include the plan to restart the construction of the pending shopping complex at ïawmusiang.

The much-awaited shopping complex project worth Rs 18 crore has been sanctioned under the Non-Lapsable Central Pool of Resources (NLCPR) scheme of the union ministry for the development of the northeastern region (DoNER).

“Due to changes in drawings and DPR, certain confusion was raised by the DoNER ministry, which has been clarified by the state government,” Conrad Sangma said.

He said the state government will start the process of funding for the project and start the work and at the same time pursue the ministry of DoNER to release the remaining amount of around Rs 12 crore.

To boost high-end tourism, Conrad Sangma said the first-ever ‘Meghalayan Age Festival’ should be informed to the world and this festival will brand Meghalaya and invite visitors to experience the state in a different style.

“We want to promote Meghalaya in a very big way and the Meghalayan Age Festival is just the beginning of our ambitious tourism plan,” he said.

The highlights of this event will be hot air balloons, caving and glamping where 15 five stars luxury tents will be put up by professionals for the visitors.

As part of the festival, the state government will showcase achievers from the state in different fields — farming, education, health care, sportsmen and businessmen – and develop stories around them as well as link their stories with Meghalaya tourism.

He also informed that problems related to the JHADC were also discussed and the state government would examine the matter related to pending dues that the Council should receive from 2014-15.