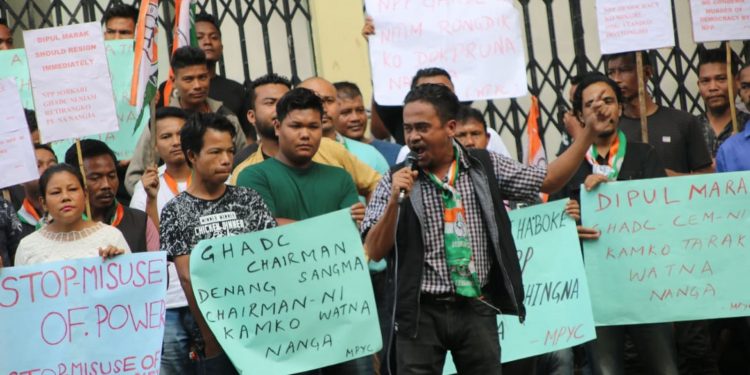 The Meghalaya Youth Congress sought resignation of Dipul Marak as the executive committee led by the National People’s Party (NPP) lost the floor test during the election to the post of deputy chairman.

“This is an absolute and blatant disregard for the democratic process. Their EC has already been voted out. They brought this upon themselves by their incompetence,” said the Meghalaya Youth Congress president Richard Marak. 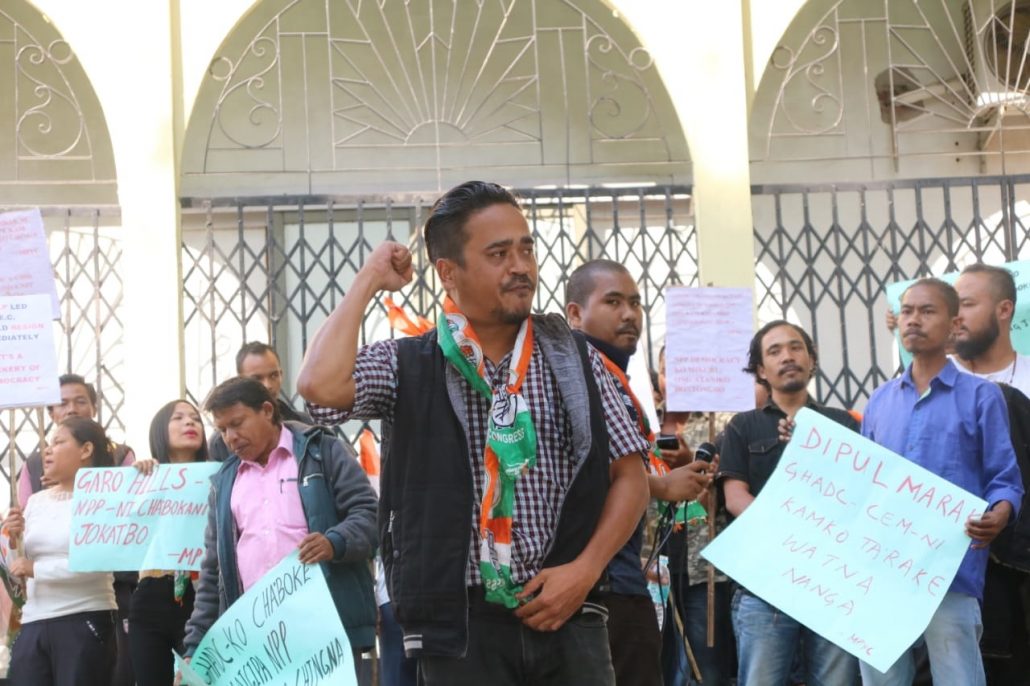 “Moreover, there was even an attempt to manipulate the number of votes after the fact. They should understand that GHADC is not their personal property that they can do anything at will,” he added.

He alleged, “Our sources also tell us that they are trying to subvert the process of tendering for the haats by illegal means, allotting them without free and fair process and signing the orders backdated, which would not be the first time.” 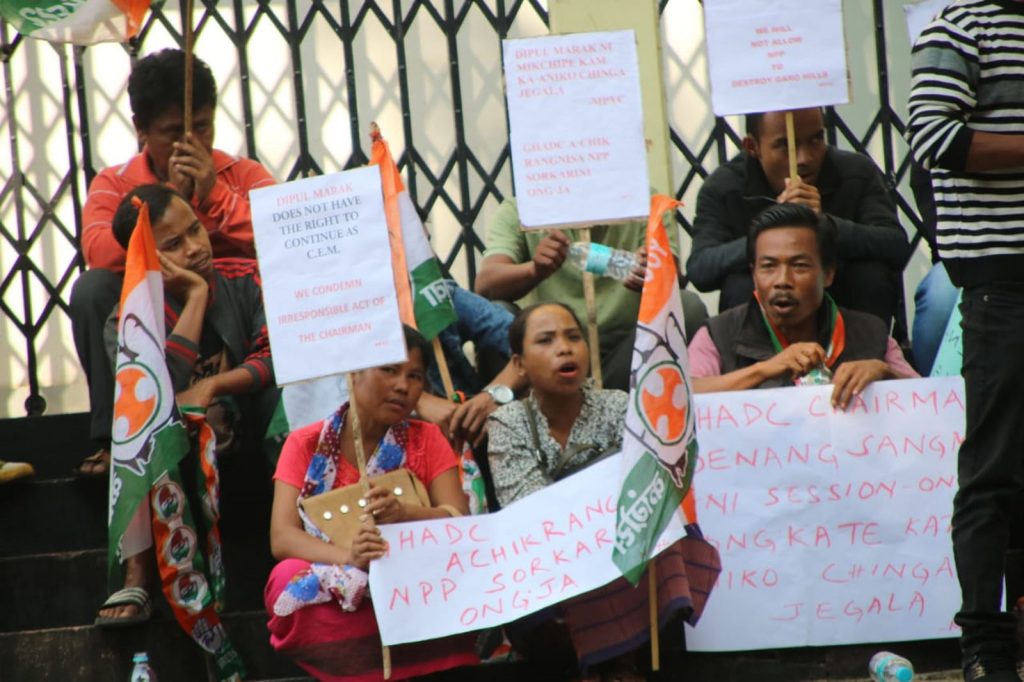 The Meghalaya Youth Congress also alleged anomalies in the process of bidding.

“Our sources also tell us that certain high ranking staff are doing the bidding of the Minister for District Council Affairs, James Sangma, on the promise of promotions and other benefits thereby allowing Dipul Marak and his EC to break the rules and loot the GHADC,” Marak added. 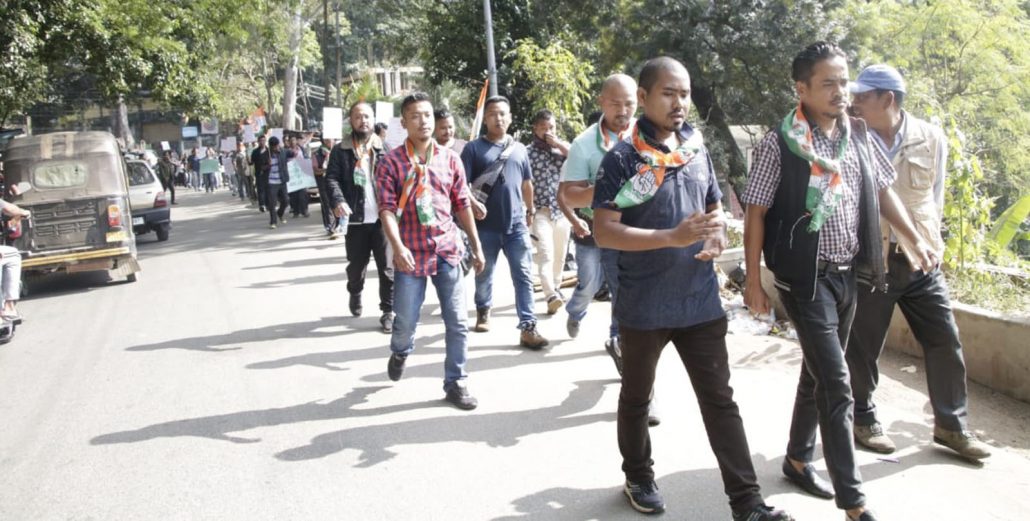 The Meghalaya Youth Congress demanded that “Dipul Marak and the EC that has been voted out take responsibility and resign” to uphold the laws.