The Meghalaya Pradesh Youth Congress (MPYC) urged the government and the GHADC to release the salaries within the first week of December.

Urging the authorities to release the rightful salaries and wages of the GHADC employees, the protestors said the government should not “deprive the employees of their right to livelihood”.

The MPYC also urged the MDA government and the NPP-led GHADC to “stop Illegal sale” of mineral resources, transportation of coal, boulder stones and other resources.

It also urged the government to “stop corruption” and save public money.

“Non-fulfilment of genuine demands will be viewed seriously,” the MPYC leaders said.

The placards held by the protestors read as ‘Clear 2 years salaries to GHADC employees’, ‘Non-payment of salaries is human rights violation’, ‘Stop corruption save money’, ‘Fair work deserve fair pay’, ‘Don’t deprive the right to livelihood’ and so on.

The MPYC said the lives of the GHADC employees have been thrown out of gear by the “apathetic attitude, mismanagement” by the NPP-led Council and the MDA government. 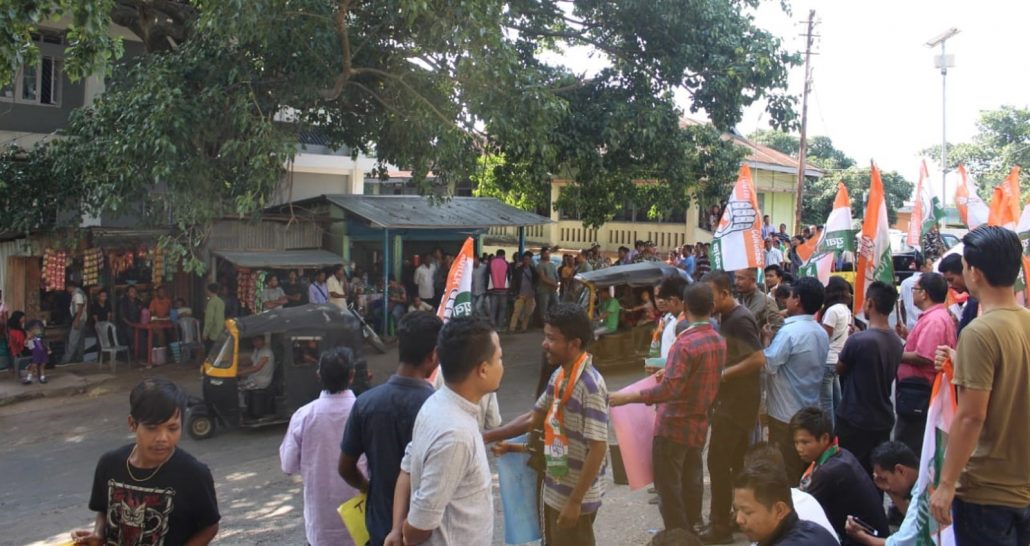 The Youth Congress also brought charges of corruption against the GHADC Council and the MDA government.

“The non-payment of salaries has forced the GHADC employees to lead a life of misery as they have to struggle to find money for education, healthcare or even day-to-day expenses,” the MPYC stated.

“The attitude of the NPP government is totally insensitive, irresponsible, and their incompetency is exposed. This is inhuman, human rights violation and against the law of the land,” the MPYC said.

It may be mentioned that the GHADC employees, who had announced to begin cease work, temporarily suspended it on Monday following a written assurance from the authorities that their five months’ salaries would be released before December.

On Monday, the Meghalaya Youth Congress demonstrated a protest outside the office of the Meghalaya Energy Corporation Ltd (MeECL) at Tura against corruption in the power department while implementing the Saubhagya scheme in Garo Hills.