The grenade and ammunition were hidden by one GNLA cadre namely Bande Ch Marak alias Border alias Kora, who was earlier arrested from Dosogre village in 2017 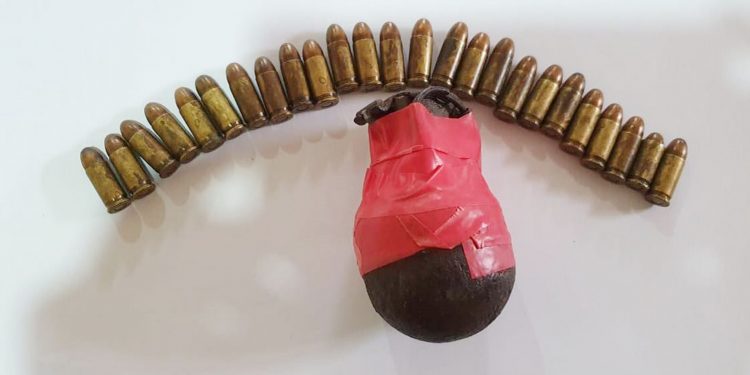 Acting on specific information, a police team raided Dosogre on Monday morning and recovered a high-explosive Chinese grenade and 25 rounds of 7.65 live ammunition.

The grenade and the ammunition were sealed in a plastic bag, and was hidden in a house in the village, police officials said.

The grenade and ammunition were hidden by one GNLA cadre namely Bande Ch Marak alias Border alias Kora, who was earlier arrested from Dosogre village in 2017.

Both Nikrak M Sangma @ Kaltush and Bande Ch Marak are from Dosogre village, which has got about 75 resident families.

There are reports that the seizure of the grenade and ammunition was based on the confession of arrested GNLA commander Nikrak M Sangma.

Nikrak M Sangma was a big catch for the Meghalaya Police as he was the senior-most member of the outfit, and was operating closely with ULFA’s deputy commander-in-chief Drishti Rajkhowa.

Sources said, teams of Meghalaya Police, based on Nikrak M Sangma’s confession, have started raiding several places in South Garo Hills district, and are likely to unearth some more arms and ammunition.

After killing of GNLA’s commander-in-chief Sohan D. Shira in February 2018, about-dozen cadres of the outfit had hidden their arms and ammunition in different places in Garo hills and managed to cross over to Bangladesh.

At present, the GNLA has two-dozen cadres working in Sherpur, Netrokona and Mymensing districts of Bangladesh, under the unified command of the ULFA.

The Meghalaya Police officials are now working in close coordination with the BSF battalions along the Bangladesh borders to avert any attempt by the ULFA cadres to sneak into India.