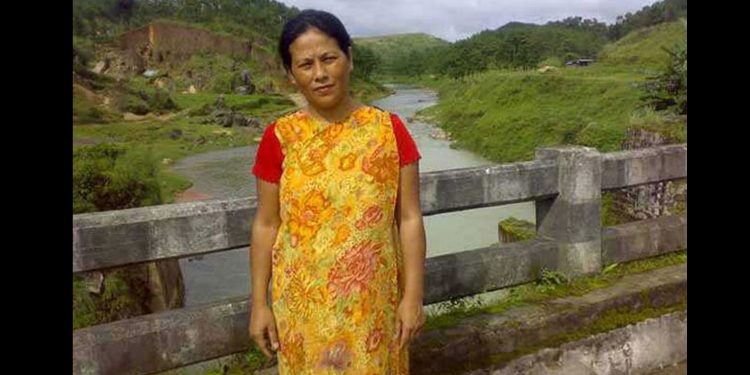 The Civil Society Women’s Organization (CSWO) president, Agnes Kharshiing, has strongly condemned the incidents of violence in Shillong and Shella, and demanded probe into it.

While one Khasi youth was killed following a clash between KSU and non-tribals at Ichamati village in Shella under East Khasi Hills on Friday, a non-tribal trader from Assam was killed at Bara Bazar in Shillong as he was stabbed by miscreants.

The clash at Ichamati took place after differences over CAA and ILP during a Khasi Students’ Union (KSU) meeting at the village.

The Khasi youth, who was critically injured during the attack, died at Sohra CHC.

On Saturday, 9 other non-tribals were also injured after being assaulted by a group of miscreants at the Bara Bazar.

Expressing serious concern over the incidents of violence in Shillong and Shella, Agnes Kharshiing said:   “The CSWO is concerned about the incident in Shella on February 28, 2020, wherein a youth died and many others injured in a clash between the KSU and some non-tribals.”

“We are also informed that on February 29, 2020, some non-tribals are attacked in Shillong, some very serious,” said the CSWO president.

CSWO while condemning the incidents of violence demanded proper inquiry into it.

“Violence in the state is strongly condemned and the organization demands that the government should initiate an inquiry as to what brought to an extent of taking away lives and injuries to many people in Shella and Shillong,” Kharshiing said.

“The society cannot live in fear and a government has to ensure safety of all the people living in the state,” she added.

It may be mentioned that all the non-tribals who were injured in Bara Bazar attack have been admitted to the civil hospital in Shillong.

The police have also arrested five non-tribals on charges of being involved in the killing of the Khasi youth at Ichamati village on the basis of an FIR lodged by the KSU.