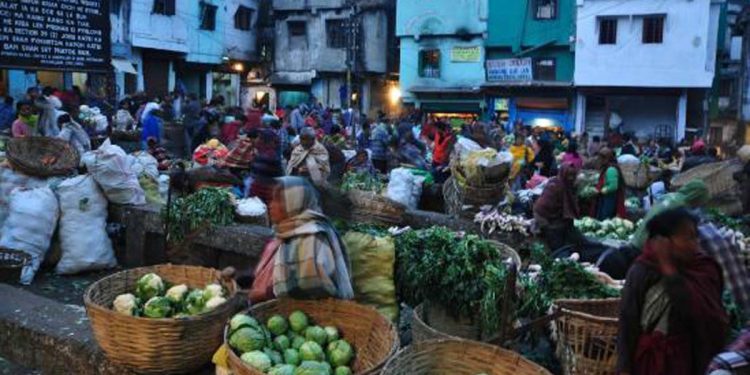 While 10 non-tribals were stabbed by miscreants in Shillong on Saturday, 8 other non-indigenous people were arrested by police in connection with the killing of a Khasi youth on Friday.

The 8 people have been arrested by Meghalaya police on the basis of an FIR filed by the Khasi Students’ Union (KSU) at Shella police station.

The Khasi youth, identified as 35-year-old Lurshai Hynniewta, son of late Serkin Nongkyndrih, a resident of Khliehshnong Sohra, was attacked by non-tribals following a clash with KSU activists at Ichamati village near Shella under East Khasi Hills district.

He died at Sohra CHC.

The clash took place over differences on CAA and ILP during a KSU meeting at the village.

Following Friday’s incident at Ichamati village, a group of miscreants assaulted and stabbed many non-indigenous people including small traders at Iewduh (Bara Bazar) in Shillong on Saturday in which 10 people were injured, out of whom one person died.

In a special bulletin on the reports of incidents which took place on Saturday from 8 am to 6 pm, the AIG (A) of Meghalaya Police said one 29-year-old Rupchand Dewan from Assam’s Barpeta district succumbed to his injuries on the way to the hospital.

The Meghalaya police have also identified the 9 other non-indigenous people, who were injured after being stabbed by a group of miscreants at Iewduh (Bara Bazar).

Jadur Choudhury, 50 and Subhan Nath, 18, son of Pintu Ranjan Nath of Lower Mawprem in Bishop Falls area were also injured during the attack.

As per the bulletin issued by the AIGP(A), Akash Ali was assaulted by a group of people at Jaiaw in Langsning on Saturday at 11 am.

The injured has been admitted to the civil hospital in Shillong and the matter is under enquiry.

All the non-Indigenous people who were stabbed at Iewduh (Bara Bazar) in Shillong were shifted to the civil hospital in Shillong for treatment, the special bulletin said.

As per the bulletin, at 3.15 pm on Saturday information was received that Shubham Nath, son of Pintu Ranjan Nath of Bishop’s Fall, was stabbed on his left shoulder and brought to the civil hospital in Shillong with deep wound.

“At 3.20 pm, one non-tribal (name not known) was assaulted by locals at Iew Sohra market. He was taken to CHC Sohra for treatment. The person received grievous injuries on his head,” the bulletin said.

The injured person has been referred to the Shillong civil hospital for further treatment.

Meanwhile, curfew has been re-imposed on Saturday from 12 at noon until further orders in areas under Lumdiengjri PS and Sadar police station.