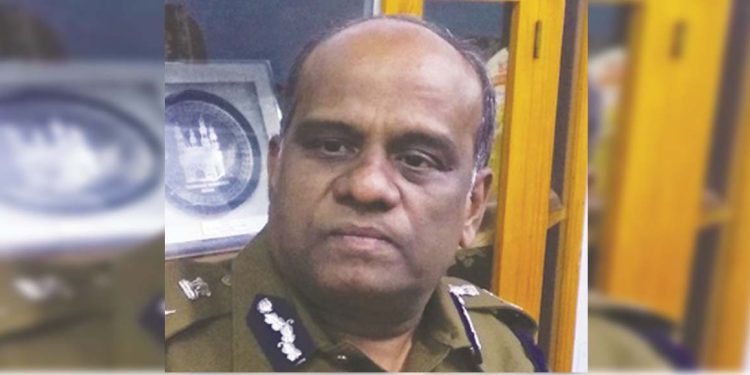 The Meghalaya Police have arranged a vehicle to ferry the tourists, who are stranded at Shillong and Sohra due to the ongoing law and order situation in East Khasi Hills district.

In a notice issued on Saturday, the Meghalaya director general of police (DGP), R. Chandranathan said: “In view of the ensuing law & order situation in East Khasi Hills district, a vehicle to ferry stranded tourists has been made available within the district.”

Meghalaya Police chief R. Chandranathan through the notice also asked the stranded tourists at the toll free number 1800-345-3846 to contact for assistance.

“In this regard, stranded tourists are hereby requested to kindly contact the below mentioned TOLL FREE number for assistance,” the notice issued by the DGP said. 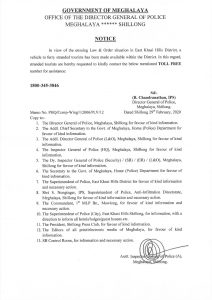 It may be mentioned that a large number of tourists visit Shillong, Sohra and various other parts of Meghalaya for its beautiful landscapes.

The situation in Shillong remains tense with reports of incidents of sporadic violence are pouring in despite curfew being re-imposed in the city since 12 noon on Saturday.

Following the death of a Khasi youth in an attack by non-tribals at Sohra CHC in East Khasi Hills district on Friday, a non-tribal small trader from Assam was killed by miscreants in Shillong on Saturday.

Seven other non-tribals were also injured after being assaulted by miscreants in Shillong.

The clash between non-tribals and Khasi Students’ Union (KSU) activists took place at Ichamati village near Shella in East Khasi Hills district over differences on CAA and ILP during a KSU meeting at the village.

Fearing possible chances of serious deterioration of law and order in Shillong, curfew was re-imposed in the capital city of Meghalaya.

In an order issued on Saturday morning, East Khasi Hills district magistrate M War Nongbri said, “Information is received that there is an apprehension of serious deterioration of law and order in Shillong city.”

The curfew will remain effective until further orders.