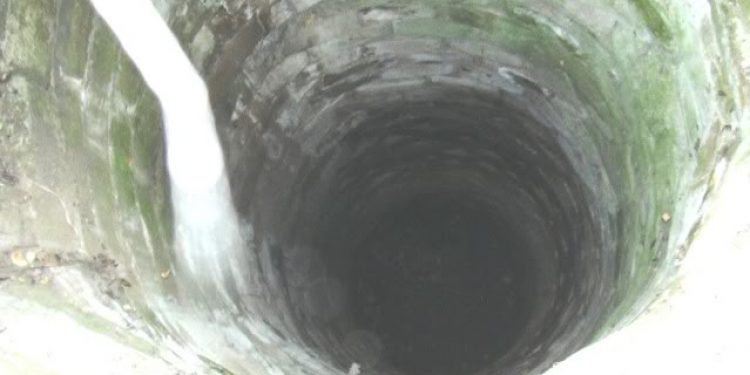 Three labourers from Umroi in Ri-Bhoi district of Meghalaya on Thursday drowned in a deep well at Diengiong village in Mawdiangdiang under East Khasi Hills district.

According to information, three labourers from Umroi village were engaged by one contractor, identified as Kemel Marbaniang of Umroi village.

They were working in a well, which is approximately 50 ft to 60 ft deep, at Diengiong village in Mawdiangdiang.

“One of the three labourers went down for untying the rope which was tied with the concrete well ring but due to smell of smoke coming from the water pump, he felt dizziness and sought help,” informed sources.

“In order to help the labourer, the two other labourers also went down to the well but unfortunately, all of them got stuck and drowned inside the well,” sources added.

On being informed, a rescue team of the State Disaster Response Force (SDRF) led by assistant sub-inspector Paul Sangky rushed to the spot.

“The SDRF rescue team with the help of other labourers is trying to clear waters from the well by using buckets so that they can fish out the bodies of the labourers,” sources added.

The site belongs to one Marylis Mawrie of Diengiong village.

“The rescue operation is still under process,” sources further said.