Protesters with placards, banners and black flags on Thursday took out a rally at Mawlai here demanding action against the culprits involved in the murder of home guard Dismarlin Lyngdoh Lyngkhoi.

Home guard Lyngkhoi was allegedly killed on April 24 by four truck drivers over a drunken brawl at an FCI godown at Khanapara on outskirts of Guwahati.

Thousands of people including students joined the ‘black flag protest rally’ organized by the Joint Action Committee, Mawlai (JACM) and raised placards, banners and black flags as they marched from Mawlai Nongkwar to Mawlai Mawroh’s playground.

Among the words written on placards and banners, placards carried by the children of late Lyngkhoi drew the attention of many who took part in the rally. 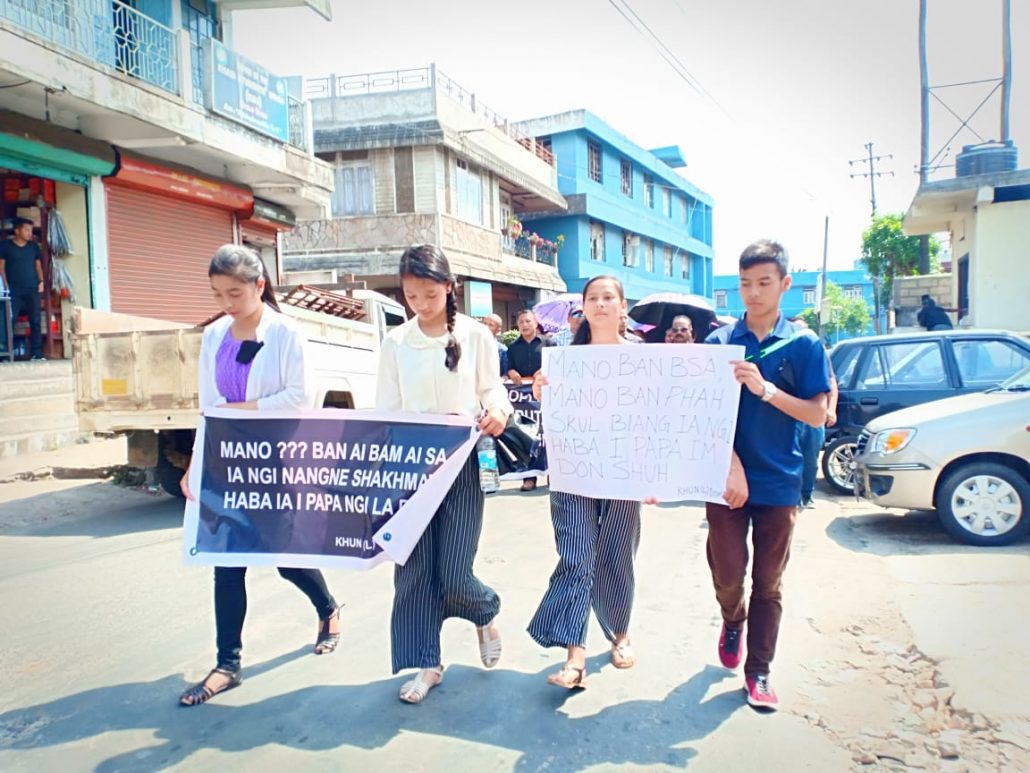 Lyngkhoi, the resident of Mawlai Mawroh, was reportedly killed by the truck drivers belonging to the NE Trade and Transport, a Guwahati based firm that used to ferry PDS food grains from Guwahati to FCI godown in Shillong.

Lyngkhoi, the breadwinner of the family, leaves behind his wife, Fatima Nonglang and his five children.

The eldest son is pursuing BA second semester, the second one is studying in Class-XII, and the third and fourth are in class-X and class-VIII. The fifth one is only three months old.

The JACM has demanded immediate arrest of the four truck drivers, besides providing compensation and job to one of the eldest children of late Lyngkhoi.

The delegation also met the commandant of home guard and civil defence, B. Kharkongor and submitted a memorandum demanding job for the family on compassionate ground.