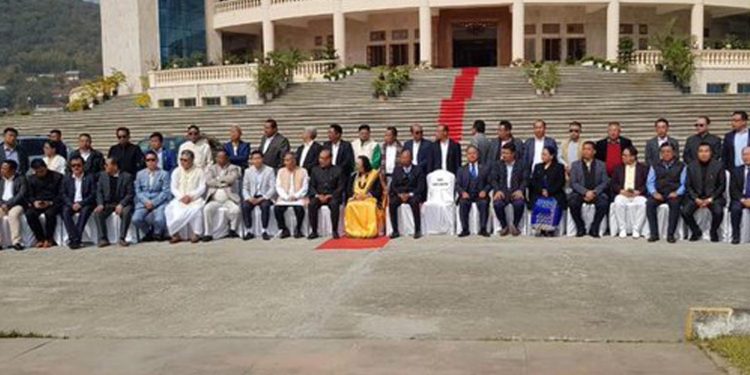 The Budget Session of the Manipur Legislative Assembly began on Friday with Governor Najma Heptulla highlighting various development programmes of the state government in her inaugural speech.

In her speech, the Governor revealed that over 644 cadres of various militant groups have joined the mainstream.

“Out of them, 574 cadres have already left the designated camps after completing three years of the term,” she said.

“The Government is committed to development through peace and is open for talks with all insurgent groups,” she added.

“Women police stations have already been opened in all districts of the state and they are made functional,” she further said.

“Moreover, the state government has also decided to open two fast-track courts for trial of POCSO and rape cases in a time-bound manner,” she added.

“There has also been a proposal to open creches and nursery schools for children of women inmates,” she further said.