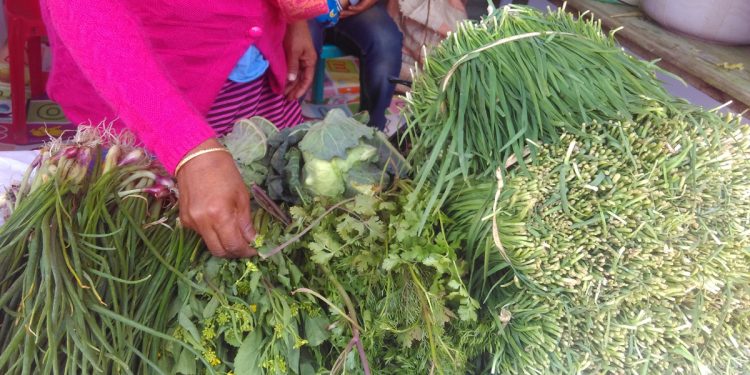 Co-convenor Soubam Surjit of the organizing committee said Moirangkampu Sajeb village and its neighbouring villages in Imphal East district have been supplying ‘Maroi Nakuppi’ (chives) in the Imphal market.

The villagers of these Nakuppi producing villages have been engaged in ‘Maroi Nakuppi’ cultivation for the last 17-18 years.

The villagers hardly bought onion when the price of this kitchen staple went up to Rs 130 across the country including the northeastern states as they’ve ‘Maroi Nakuppi’ as the alternative.

The festival, organised by Progressive Farmers Foundation (PFF), was inaugurated by horticulture and soil conservation minister Th Shyamkumar on Friday.

During the inaugural function, minister Shyamkumar, who also holds the forest and environment portfolio, appreciated the initiative taken up by organising committee members to spread awareness about the importance of ‘Maroi Nakuppi’ among the local people.

The spice plant is considered to be a favourite ingredient for many Manipuri cuisines.