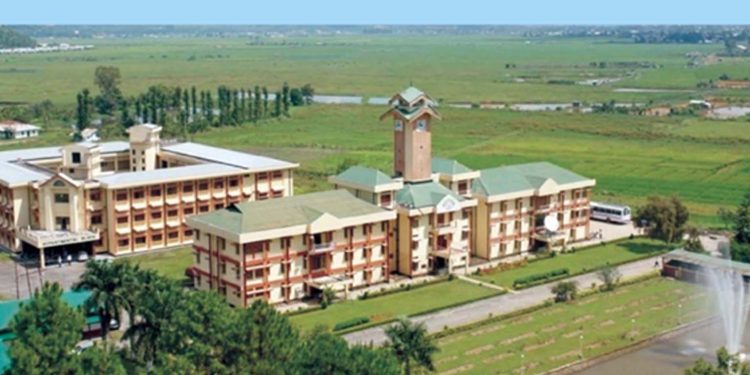 The Central Agricultural University (CAU), the largest agricultural university in the country is developing 20 model fruit villages in Northeast.

Three villages are being developed in Manipur, with an aim to enhance the economy of underprivileged farmers and also to showcase the production of different fruit varieties of the region.

The three villages in Manipur are Kwatha, Yumnam Huidrom and Tronglaobi.

This was conveyed by Vice-Chancellor M Premjit Singh of the university while speaking to reporters on the sidelines of an event at CAU complex at Lamphelpat in Imphal on Tuesday.

CAU has 13 colleges in Northeast with its headquarters in Imphal.

The VC  said the university has six Krishi Vigyan Kendras across the North East, excluding Assam, under its jurisdiction.

The CAU has also planted over one lakh fruit-bearing trees to generate income for farmers in accordance with the Prime Minister’s initiative to double farmers’ income by 2022.

The two patents include the technology to convert pineapple (juice) into power without altering the favour and Thangjing (Makhana or fox nut) harvester.

Stating that 435 metric tones of quality seeds were distributed to the farmers, he also informed that university bagged 6 awards while its VC bagged 10 awards since 2016.

The university was ranked 13th position among 75 agricultural varsities in the country in 2018.

Interestingly, the intake capacity of CAU has also increased to 935 per year from 675 in 2014-15 with student diversity from 23 Indian states besides Africa and Asia continents.

“This has been done for technology assessment refinement and skill development with an objective to convert unemployed rural youths from job seekers to job creators,” he added.

He also informed that CAU has also released four paddy varieties having different climate-resilient properties, in the last five years.

“Tamphaphou is a high yielding paddy variety and is one of the most demanded varieties in Manipur considering its taste and weight,” he said.

“It is a short duration (100days) variety suitable for jhum areas,” he added.

“Enotphou is a flood resilient paddy variety while Mangalphou is also another short-duration variety,” the VC added.