Irfan Pathan announces retirement from all forms of cricket 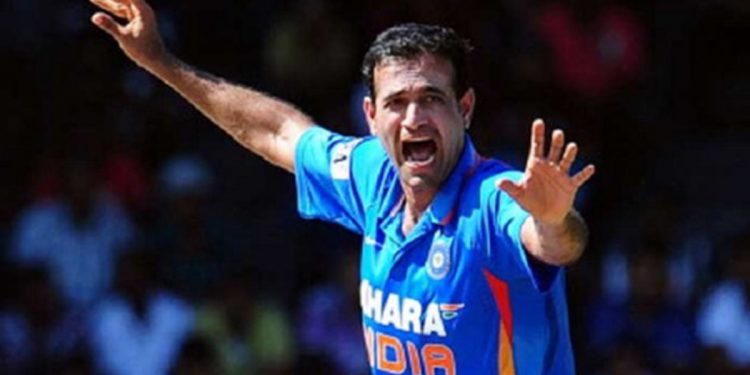 As Team India gets ready to play the first match of the T20 International series against Sri Lanka in Guwahati, all-rounder Irfan Pathan on Saturday announced retirement from all forms of cricket.

However, Pathan, 35, may remain available for franchise-based leagues overseas.

He played a key role in the 2007 World T20 win that India achieved.

He emerged player-of-the-match in the final against Pakistan, when he picked up three wickets for 16 runs from his four overs.

A left-arm seamer, Pathan is one of three Indian bowlers who claimed a hat-trick in the longest format of the game.

Pathan made his debut for India in the Test match against Australia held in Adelaide and India won the game.

A month later, Pathan made his ODI debut against Australia in Melbourne.

Pathan, a boy from Baroda, faced all the odds to carve out a place for himself in international cricket.

He came from a family that had no connection to cricket.

His father was a muezzin in Baroda.

Irfan’s brother also made it to the Indian team.

The Pathan brothers were able to stamp their class and left a legacy not many can match.

Irfan started his domestic career for Baroda in the 2000/01 season.

In 2006, when India toured Pakistan, Irfan had probably his greatest moment on the cricket pitch.

In the first over of the match in Karachi, Irfan dismissed Salman Butt, Younis Khan, and Mohammad Yusuf off the last three deliveries to become the second Indian bowler to get a Test hat-trick after Harbhajan Singh.

He last played a competitive game in February 2019 during the Syed Mushtaq Ali trophy for Jammu and Kashmir.

A media report quoted Irfan as saying: “In domestic cricket, too, I have been part of Jammu and Kashmir cricket and after last season, I thought what’s the motivation to play any more?”

“It has been a great journey. I played cricket with all my heart and soul. I am really proud of it and when I look back, I feel happy with my achievements. It’s been a great career,” Irfan added.