About 27,000 tickets sold out; Team India likely to arrive in Guwahati on Friday 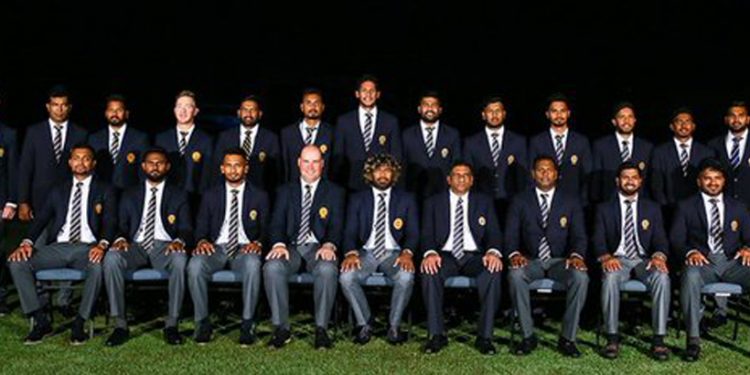 The first match of the series will be held on January 5 at the Barsapra Stadium, officially known as Dr. Bhupen Hazarika Cricket Stadium and nicknamed Assam Cricket Association Stadium in Guwahati.

The second and third matches of the T20 International series will be held in Holkar Cricket Stadium at Indore on January 7 and Maharashtra Cricket Association Stadium in Pune on January 10.

The Barsapara Stadium has a seating capacity of 39,500.

According to media reports, about 27,000 tickets have already been sold out.

Informing about the Sri Lankan team’s departure from their homeland, the Sri Lanka Cricket (SLC) on its official Twitter handle on Thursday stated:  “Sri Lanka T20I squad led by Lasith Malinga left the island this morning for India to take part in the 3-match T20I series.”

In a statement, the Sri Lanka Cricket said the 16-member squad will be led by veteran pacer Lasith Malinga.

Fast bowler Nuwan Pradeep was initially included in the squad but as he sustained an injury during practice sessions, he will now make way for Kasun Rajitha.

Former Sri Lankan skipper Angelo Mathews has returned to the squad for the T20 international series against India.

The last T20 international match played by Mathews was held in August 2018 against South Africa in which he led Sri Lanka to a three-wicket win.

There are also some changes in Team India.

Vice-captain Rohit Sharma has been rested for the T20I series against Sri Lanka along with Mohammed Shami.

Pacer Jasprit Bumrah and Shikhar Dhawan have been called back to play against Sri Lanka in the three-match T20I series.

In December, the situation in Assam was quite volatile due to the massive protests against the Citizenship Amendment Act (CAA). The protest turned violent in Guwahati and many other places of the state.

The Ranji and Under-19 matches at the domestic level were also affected due to the protests.

However, the situation in the city has become normal now.

Assam Cricket Association (ACA) president Romen Dutta on Thursday confirmed that while the Sri Lankan team has arrived in the city, “the Indian team is likely to arrive on Friday”.

There was some confusion about the match considering the ongoing protests over the Citizenship Amendment Act (CAA) 2019 and the related security issues concerning the two teams.

“The situation is under control. The Assam police are entrusted with the responsibility of the security of the Indian and Sri Lankan teams. Police have also thrown a security blanket in and around the cricket stadium at Barshapara,” said Dutta.