Hyderabad tried ‘NRC’ like exercise after independence, but failed in deportation!

As per documents, 21,000 people were identified as foreigners and kept in detention camps in Hyderabad 71 years back 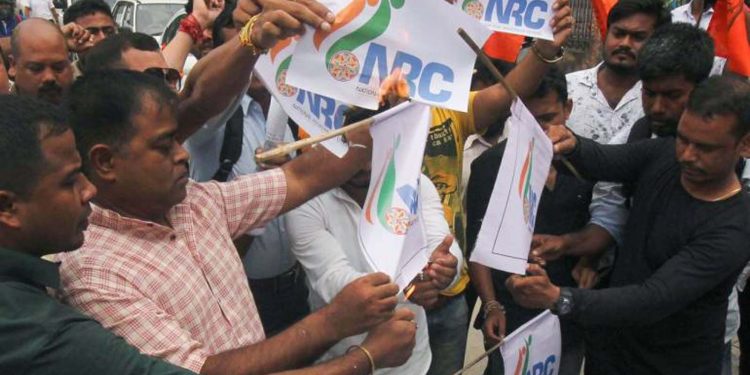 At a time when an updated National Register of Citizens (NRC) was published in Assam recently, it has come to light that Hyderabad had also carried out a similar exercise after Independence.

Now, union minister of state for home G Kishan Reddy and other BJP leaders have in Telengana again have spoken in favour of updating NRC in Telengana.

The final NRC in Assam was published on August 31, 2019 with exclusion of over 19 lakh people.

After publication of the updated NRC, now the most vital question is what will happen to the people who have failed to enlist their names in the final NRC.

As per reports, after the exercise carried out in Hyderabad, the authorities had failed to deport most of the ‘aliens’ from the State.

After independence, Hyderabad was declared a state formed after the accession of the princely state of Hyderabad into the Indian Union on September 17, 1948.

This fact has come to light in Hyderabad documents dig out by researcher Dr Taylor C Sherman at the National Archives in the UK.

Sherman is an associate professor at the department of international history, The London School of Economics and Political Science (LSE).

She has accessed communication between the military administrator in Hyderabad with the Indian government between 1948 and 1950, say reports.

The work of Sherman has revealed that besides Afghans and Arabs, who had taken shelter in Hyderabad for many decades before Police Action, a total of 6,225 were kept in detention camps.

The charge against them was that they were Pakistani nationals.

But most of them were later found to be born in India ruled by the British.

It has been reported that the drive against foreigners living in Hyderabad state was taken up soon after the Police Action on September 17, 1948.

The drive was on the lines of the NRC.

Documents say, thousands of people, including many residing in the city for decades, who were identified as foreigners, were held in detention camps for deportation.

The detained people were kept in several camps behind barbed wires amid tight security.

The women and children were kept in separate enclosures.

As per the documents, 21,000 people were identified as foreigners and kept in detention camps.

But only a few of the detained people could be deported as several countries, including Saudi Arabia refused to accept them as their nationals.

Sherman’s study on citizenship in Hyderabad after Police Action was published in the Modern Asian Studies, a Cambridge University Press journal, say reports.

According to Sherman’s study, the Indian government sought to deport the so-called aliens at the advice of JN Choudhury, who was the military administrator.

“But the attempt to repatriate these people floundered on both political and legal shoals. In the process, many were left legally stateless,” the reports quoted researcher Sherman as saying.

Sherman has shown how about 21,000 people were identified as foreigners and kept in detention camps.

It revealed that the Indian government wanted to deport the ‘aliens’ on the advice of military-administrator JN Choudhury.

“But the attempt to repatriate these people floundered on both political and legal shoals. In the process, many were left legally stateless,” said researcher Dr Taylor C Sherman.

The Indian government also could not deport all those who were supposed to be sent to Afghanistan.

Only a very ‘undesirable’ Afghans could be deported from Hyderabad.

Around two dozen people, who were claimed to be from Saudi Arabia, could not be sent back despite three years of negotiations.

Sherman pointed out that the government of Hyderabad finally had to conclude “the presence of these 23 persons in Hyderabad is not going to make any difference to the state. And they too were released from detention.”