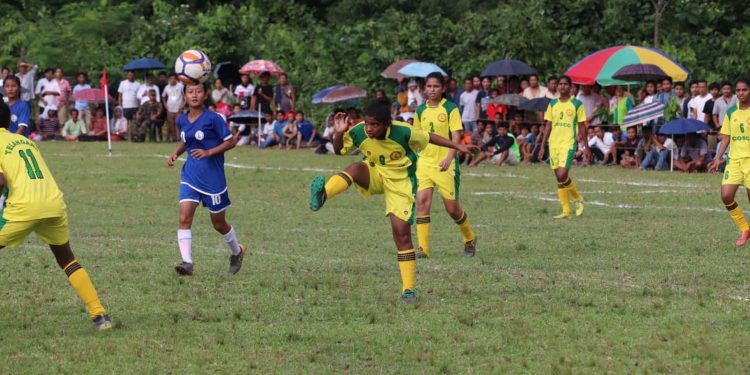 Arunachal Pradesh made inroad to the quarterfinal by winning the knock-out round match of the 25th Senior Women’s National Football Championship at Pasighat.

The host team, which earlier beat Telengana 2-0 on September 12, again thrashed it in the return match on Sunday, played at Kiyit village playground in East Siang district.

But, opponent team Telengana, despite having a number of opportunities, could not return any goal till the end.

In another match, Puducherry beat Kerala 2-1.

The game in fact was scheduled for Saturday, which was differed due to waterlogging in the playground.

The match was conducted at IGJ HS School playground near Pasighat Airport.

In the third match played on Sunday, Rajasthan, which lost first game with Tripura, were again defeated by West Bengal 14-0.

The team will have another opportunity to play last knock-out match with Manipur on September 18.

The match between Jharkhand and Punjab ended 1-1 draw.

West Bengal, which earlier lost to Manipur 0-4, registered a thumping win in its second game with Rajasthan 14-0 and added points to next return match.

West Bengal will lock horn with Tripura on September 18.