District health officials up the ante against JE in Dibrugarh 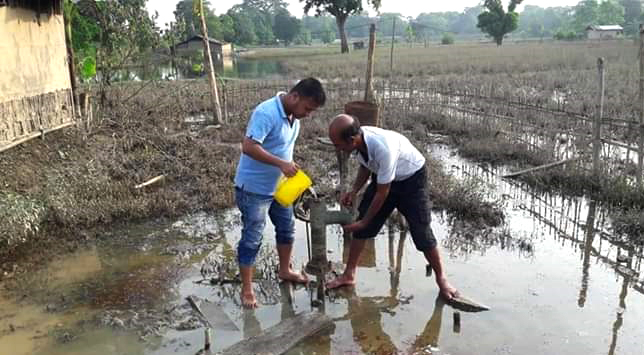 Halogen tablets, for purification of drinking water, were distributed in Dibrugarh district of Assam.

This was done to prevent Japanese encephalitis (JE) from spreading its wings in the district where nine people have died of it recently.

“The health department is distributing halogen tablets for the purification of drinking water,” he added.

Bleaching powder is also being distributed for water purification.

He further said that post-flood, children are mostly attacked by diseases due to open defecation.

It may be mentioned here that from January 1 to July 22, JE claimed 28 lives in the district.

Flood-affected 102 villages and 62000 people in the recent flood in Dibrugarh.

Meanwhile, as flood water is receding, inmates from the relief camps are returning to their homes.

The recent wave of flood in Dibrugarh affected 102 villages and over 62,000 persons.