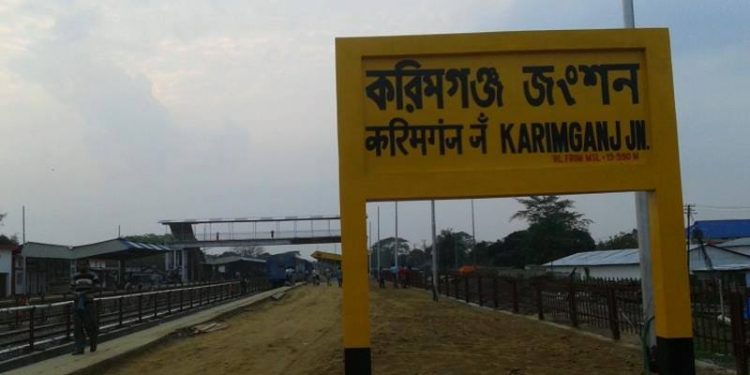 Karimganj constituency which lies in the southern part of Assam is set to witness a contest for the seat this Lok Sabha elections, primarily between three major parties – AIUDF, Congress and the BJP.

Incumbent MP Radheshyam Biswas who came through with flying colours in the 2014 parliamentary elections by winning the seat with a margin of over one lakh votes is contesting again for a repeat outcome with bounty-full  of confidence, for the ensuing polls this year.

A historically rich city, Karimganj city is both the administrative headquarters district and the biggest city of this district.

Since 1962, when the seat came into existence, Karimganj has mainly been a Congress stronghold with BJP winning in two consecutive elections by Dwarka Nath Das.

In 1984, Sudarsan Das won the seat for the Indian Congress (Socialist) party.

The tides turned against Congress during last election when AIUDF claimed the seat with Biswas.

Karimganj, which is part of Barak Valley, is a Muslim dominated constituency where the community forms over 50 per cent of the population eligible to vote.

The AIUDF is naturally hoping to gain support in terms of votes from the Karimganj’s over 12 lakhs electorates.

However, poised to give AIUDF’s Radheshyam Biswas a tough fight is BJP’s Kripanath Mallah.

Present Deputy Speaker in the Assam Assembly, MLA Mallah who is a candidate from the tea garden community is confident about having what it takes to woo the tea belt population in the constituency.

Mallah hopes to win support of the Karimganj electorates based on the development works that the Modi government has carried out in the tea garden areas during the past five years.

He has been quoted as saying that the drastic changes that have been made in the tea garden have rendered the tea workers happy with the ruling BJP which leads Mallah to feel confident that he will end up winning the 1.8 lakhs votes of the tea workers.

It has, indeed, been established with statements by some tea workers of the Barak Valley who stated that they usually voted for Congress. This time, however, they have changed their minds keeping in view the various sanctions of some government schemes in the gardens.

However, the same isn’t true for the tea workers in the Brahmaputra Valley who vehemently criticized the BJP government, whom the workers had voted to power in 2014, of failing to keep their promises of bringing hike in the tea workers’ daily wage as well as basic provisions of civic amenities.

Which way the Karimganj’s tea workers’ votes will swing is something that remains to be seen; whether in favour of last year’s favourite AIUDF or candidate from their own community, Kripanath Mallah.

Congress which came third in the last general election has fielded Swarup Das for the seat, a dedicated Congress party worker who came out of absolute obscurity to win the confidence of his party to give him a ticket for this year’s Lok Sabha battle.

A resident of Mohadevpur under Katlicherra police station of Hailakandi district, Das, however, got embroiled in a controversy last month where claims were made about Das forging his caste certificate and a magisterial inquiry was ordered to ascertain whether or not Das really belonged to the Scheduled Caste (SC) category.

Things, however, looked up for Das soon and he swerved past all hurdles to regain the support of his party leaders with the party buckling up to leave no stone unturned to campaign for their greenhorn candidate Das.

The constituency which is spread across Cachar, Hailakandi and Karimganj districts will go to polls in the second phase, that is, on April 18 next.

Karimganj constituency at a glance: