Assam Congress has intensified election campaigning across the State.

The Assam Congress has said that it will provide “written guarantee” to the youth of the State for five (5) lakh jobs.

The Assam Congress has informed that “written guarantees” for jobs to the youth of the State would be provided soon after the party formation of State Government, if voted to power.

Informing this, All India Mahila Congress (AIMC) president and former Lok Sabha MP from Silchar – Sushmita Dev said that after May 2 (results day), “guarantee in written” would be given for 5 lakh jobs.

Sushmita Dev further said that “written guarantee” would also be given to housewives for Rs 2,000 monthly income support to all housewives in Assam.

“This is what you get after 2nd May – a fool proof guarantee in written for 5 lakh Government jobs and Rs 2000/- per month as respect for housewives! That’s Congress’s resolve for the welfare of Assam!” said Sushmita Dev.

Meanwhile, the Assam Congress has intensified election campaigning across the State, with top party leaders “reaching out the every section of the society”.

The Assam Congress leaders are taking their “Congressor 5 Guarantee” yatra to every nook and corner of the State.

Lok Sabha MP and senior Assam Congress leader Gaurav Gogoi on Monday visited the Amguri constituency that goes to polls in the first phase of Assam Assembly elections on March 27. 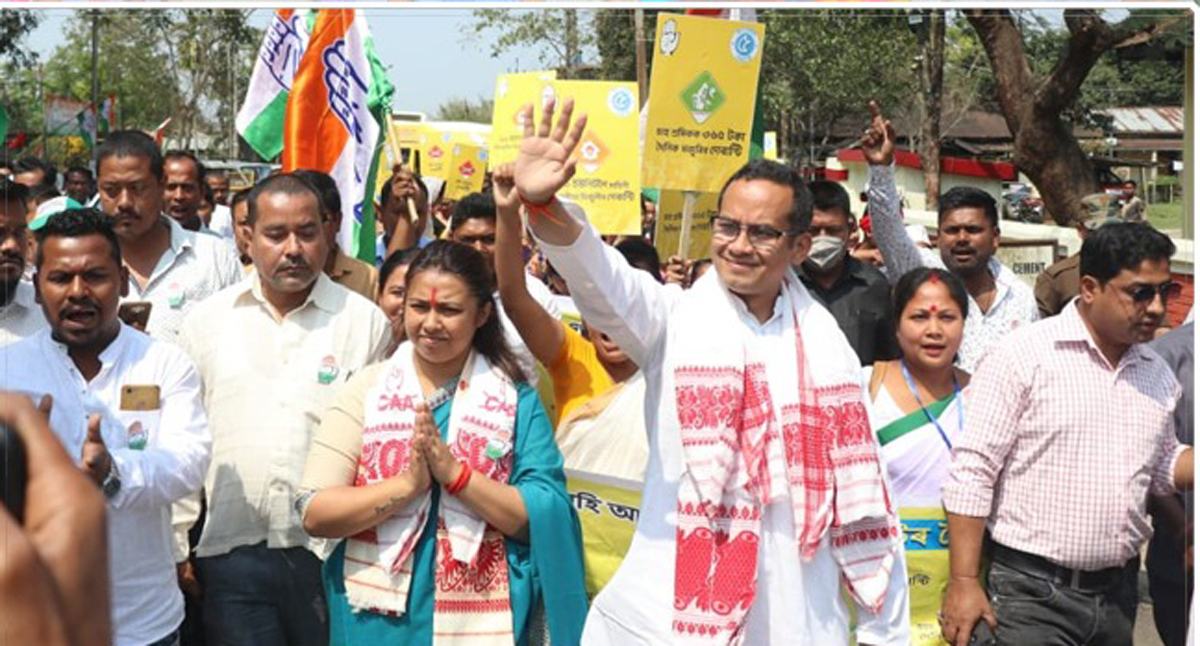 Gaurav Gogoi and Angkita Dutta interacted with the residents of Amguri during their campaigning in the constituency.

The interaction was followed by a Padayatra (foot march) wherein the locals too joined in the march.

No CAA- only unity & peace!#Congressor5Guaranteepic.twitter.com/T4ienQTCt1