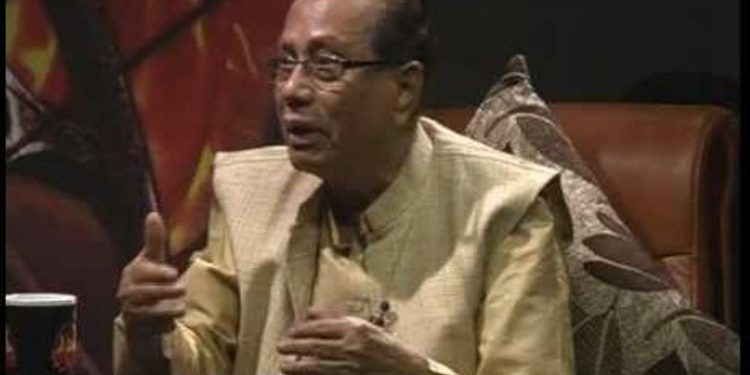 The 88-year-old eminent writer and poet, who had been ill for some period of time, passed away at his residence at 1 am on Tuesday.

Born in Barpeta on December 5, 1931, Ojha is well known for introducing street plays in Assam.

After the death of his mentor Natyasurya Phani Sarma, Ojha took the initiative of carrying forward the street theatre movement from 1971 in order to save the rich art of theatre which was on the verge of fading away from the society at that time.

The artiste, who introduced cartoon theatre in the state, has also penned several novels and poems.

He was also involved in the production and direction the documentary film Naam-ghar.

Ojha was also associated with several prominent cultural organizations of the northeastern region and had held an important position in its managing committees.

He was conferred with the prestigious Natyasurya Award in 2005 for his significant contributions in the field of theatre.

Assam chief minister Sarbananda Sonowal mourned the death of the eminent theatre personality of the state.

‘Saddened to learn about the demise of eminent dramatist, litterateur and social activist Ratna Ojha. With his death, Assam loses a great personality, whose contribution towards our socio-cultural heritage will be forever remembered. My hearfelt condolences.’

Sonowal paid his last respect to the mortal remains of the veteran theatre personality.

The CM while condoling the demise of the renowned litterateur, said, “Late Ojha was a pioneer in the Assamese theatre industry and left his indelible mark in the field of literature with his creations.”

“I offer my heartfelt condolences to his family, friends, and well-wishers in this time of grief”.