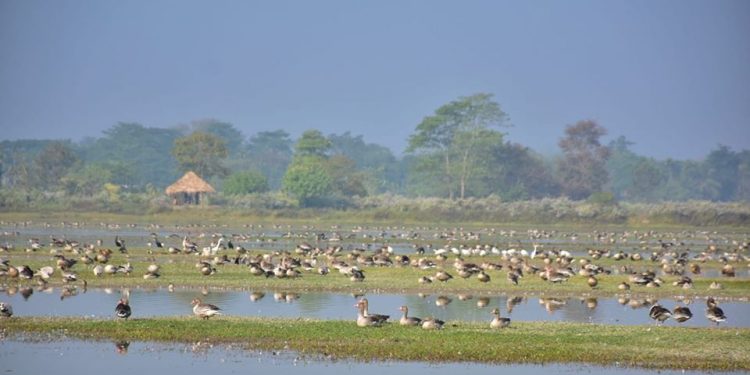 The order has been issued in response to the reports that there are some increasing activities in Pohugarh area like picnic, illegal fishing, hunting, littering and playing of loud music creating unhealthy environment for the birds for nesting, rest and feeding ground.

The order has come into force with immediate effect and will remain in force for a period of 60 days or until further order.

Any violation of this order will be punishable under Section 188 IPC.

It may be mentioned that Ahom Swargadeo Rudra Singha developed Pohugarh, a place near Jaysagar, as natural zoo and the area was arranged in a manner to retain the water body throughout the year to create it as a natural habitat for the wildlife and the avi-fauna.

Subsequently, this area became a paradise for local and migratory birds during the winter season.