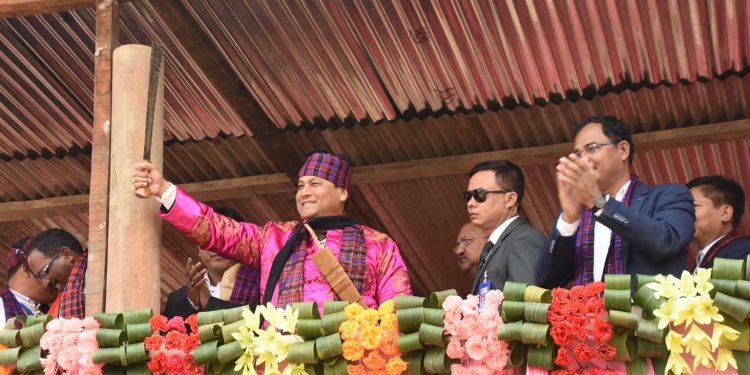 “The initiatives taken by the government to bolster ties with South-East Asian countries can be augmented by the Singphos,” said Assam Chief Minister Sarbananda Sonowal.

“Singphos live not only in Northeast region but in various countries of South East Asia like Myanmar, Thailand etc,” Sonowal further said.

“Members of this community are easy going and very strong spiritually and culturally,” he said.

“The Singphos has been enriching the cultural identity of the greater Assamese society shaped by Swargadeo Cholung Sukapha,” he reiterated.

Sonowal highlighted the vivacity and exuberance of Singpho traditional dances and songs as an indication of the cultural wealth of the community.

He also urged the Singphos to play an active role in taking forward the state in all spheres.

Sonowal called upon the young generation to work hard and acquire knowledge and skills to increase their viability to capture opportunities in the global forum.

He also termed Margherita as the melting pot of various tribes and communities and underlined the importance of the place as a border town.

The Chief Minister also released a souvenir on the occasion.