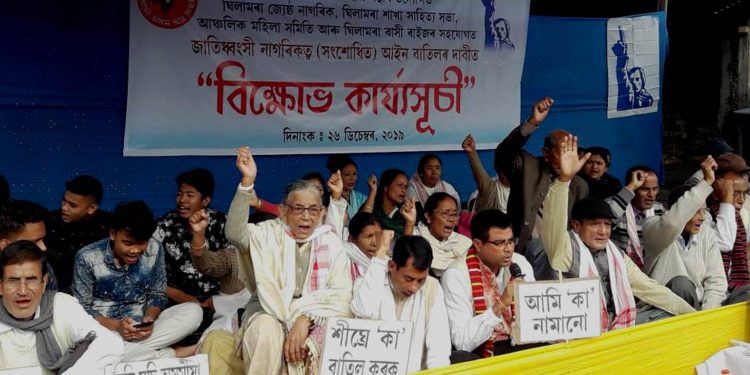 The peasant leader was arrested from a house in Jorhat on December 12 evening.

Gogoi was produced in the National Investigation Agency (NIA) court in Guwahati on Thursday.

The NIA had levelled charges under the Unlawful Activities (Prevention) Act [UAPA].

He was later sent to 14-day judicial custody by the NIA court.

Protests against the Citizenship (Amendment) Act was also held on Thursday in various places in North Lakhimpur under the aegis of Ghilamara unit of AASU.

People from all walks of life participated in the various anti-CAA rallies organised in the district.