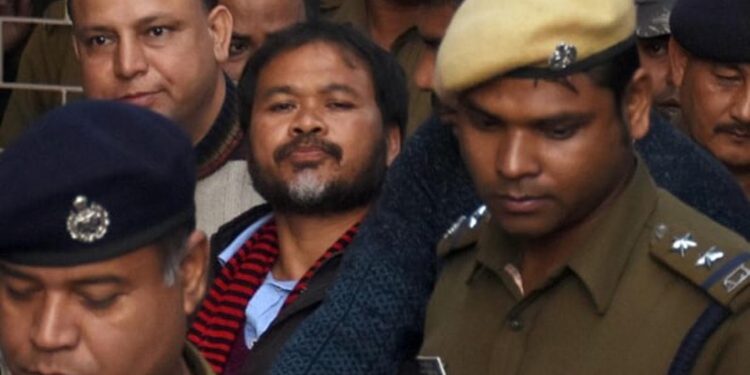 Sleuths from the National Investigation Agency (NIA) on Thursday conducted a raid at the residence of peasant leader Akhil Gogoi.

The NIA team arrived at Akhil’s residence at Nizarapar of Chandmari in Guwahati at around 7 am and began massive search operation.

On the other hand, another NIA team conducted raid at the Gandhibasti-situated office of the Krishak Mukti Sangram Samiti (KMSS).

Both the teams were continuing their search operation at the time of filing this report.

Also read: Akhil Gogoi to be produced in Guwahati’s NIA court on Thursday

Akhil is supposed to be produced before the NIA court at Chandmari at around 10 am on Thursday.

It is learnt, the peasant leader and RTI activist is presently lodged at the Panbazaar police station.

Akhil was flown in from New Delhi on Wednesday evening in a very discreet manner.

Akhil, who was leading the anti-Citizenship Amendment Act (CAA) movement in eastern Assam, was arrested by police from Jorhat on December 12 last.

The police later handed him over to the NIA.

The NIA has leveled charges under the Unlawful Activities (Prevention) Act [UAPA].