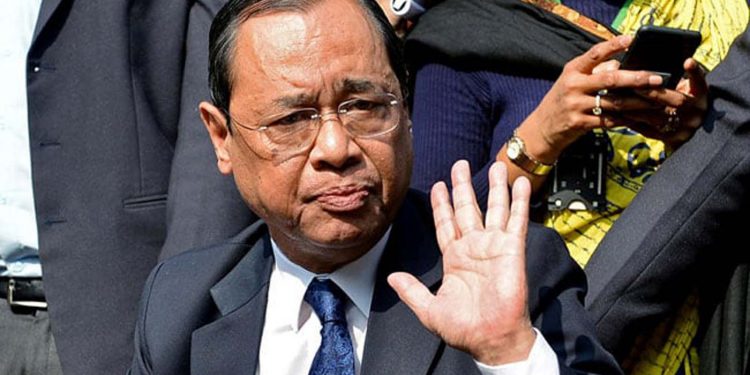 Ranjan Gogoi, who was the first-ever Justice from the northeastern states to become the Chief Justice of India (CJI), retired on Sunday.

Justice Gogoi, who hails from Assam, took oath as the 46th Chief Justice of India on October 3, 2018.

During the last week of his judicial tenure, Justice Gogoi delivered several landmark judgments including the Ayodhya land dispute case.

The other most path-breaking judgments included the Rafale deal case and Sabrimala Temple case.

In the judgment, the Supreme Court also ordered that Muslims be given a 5-acre land at a “prominent location” to construct a mosque in Ayodhya.

Justice Gogoi will also be remembered for his judgment on Kerala’s Sabarimala temple case.

Justice Gogoi, who headed a 7-judge bench of the Supreme Court, sought review of the apex court’s 2018 judgment on Sabarimala temple, allowing women and girls of all ages to enter it.

As the CJI, Gogoi also took tough decisions against erring judges and recommended their transfers and a woman high court judge was virtually forced to resign.

The credit for the National Register of Citizens (NRC) update process in Assam, final list of which was published on August 31 last, also goes to Justice Gogoi.

At the direct monitoring of the Supreme Court, the NRC final list was published with exclusion of more than 19 lakh people.

Born on November 18, 1954, Ranjan Gogoi’s father Keshab Chandra Gogoi, a Congressman served as the ninth chief minister of Assam in 1982.

Ranjan Gogoi joined the Bar in 1978 and practised in the Gauhati High Court.

He was appointed as a permanent judge in Gauhati High Court on February 28, 2001.

Gogoi was later transferred to the Punjab and Haryana High Court on September 9, 2010 and became the Chief Justice there.

Justice Gogoi had faced several controversies as well as sexual harassment allegations during his tenure as the CJI.

However, that never tampered with his judicial decisions.

Justice Gogoi has also been criticised for giving clean chit to the Narendra Modi government twice.

He drew criticism first on the writ petition and then on Thursday last on the pleas seeking review of the December 14, 2018 verdict of the Rafale fighter jet deal with Dassault Aviation, a French firm.

Justice Gogoi will also be remembered for being part of the ‘gang of four’ senior-most judges in January 2018 that questioned the way of functioning of the previous Chief Justice of India.

He has decided to live in Guwahati after retirement.