I do not wish to get into any contentious issue, says Gogoi 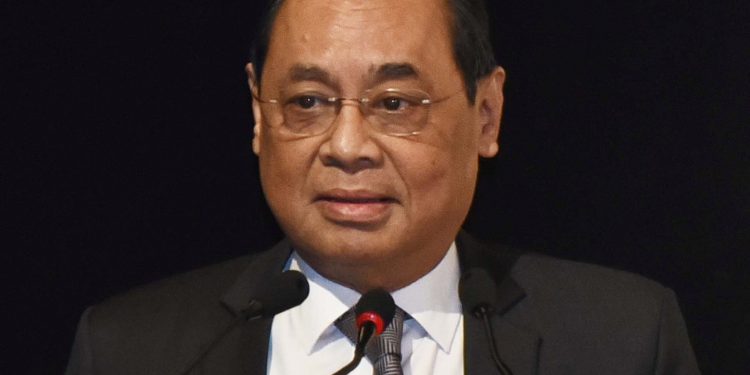 Supreme Court chief justice Ranjan Gogoi , who on Saturday gave the landmark verdict over the Ram temple at Ayodhya, deliberately avoided to speak on the issue in Guwahati on Sunday.

CJI Gogoi said he does not want to get into any contentious issue.

“I do not wish to get into any contentious issue. This is not the occasion for this,” he said.

Gogoi was in Guwahati to launch the Assamese translation of a book ‘Courts of India, Past and Present’.

He said adding that he had recently spoken at a book release function at Delhi on November 3, which was debated by several sections.

Some of the colleagues of the CJI, who were present on the occasion, however, heaped praises on Gogoi and the Supreme Court.

“Assam has produced one of the finest chief justice. It was not an easy task finding solution acceptable to all. Chief Justice Gogoi was active and committed to do it. A 1000 page judgement was a miraculous task,” said Gogoi’s colleague in the Supreme Court, Arun Kumar Mishra.

“There might be criticism on the merit of the case. Gogoi is demitting office in the most difficult times,” he added.

SA Bobde, chief justice (designate) also appreciated the CJI for his role in delivering the Ayodhya verdict and said that he had made the fraternity proud.

Assam chief minister Sarbananda Sonowal said chief justice Gogoi has delivered a landmark judgement, everyone is proud of you.

“This is a landmark judgment acceptable to all sections of society. The judgement had a great human touch,” he said.