Peace accord with NDFB without G Bidai is “unfinished” and “futile” 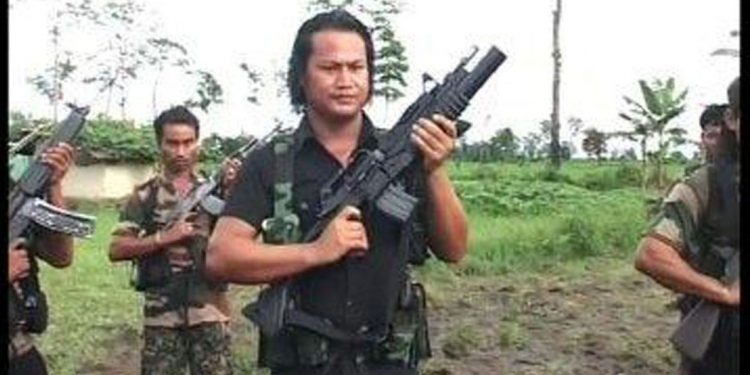 New Delhi’s plan to sign a peace deal with National Democratic Front of Boroland (NDFB) will remain “unfinished” if dreaded insurgent G Bidai stays away from the accord.

As per reports, the Ministry of Home Affairs (MHA) is now working on a draft of the peace agreement, involving three factions of the NDFB.

In a recent development, cadres of NDFB’s Saoraigwra faction decided to shun violence, and join the peace process.

B Saoraigwra, chairman of the faction has already reached New Delhi to meet senior MHA to start negotiations.

It has been reported that a group of nearly 50 members of the Saoraigwra faction of the NDFB, have already reached Assam from Myanmar.

The NDFB (S) cadres were given a free-passage through the Mon district in Nagaland. They are now housed in an Army base in Lower Assam.

In fact, the Saoraigwra faction is the third group of NDFB to initiate peace talks with New Delhi.

Earlier in 2005, the NDFB (Progressive) faction signed a ceasefire agreement with New Delhi.

Over 3,000 members of NDFB (P) are currently housed in three government approved designated ceasefire camps in Udalguri, Baksa and Kokrajhar districts of Assam.

Ranjan Daimary, the founder of NDFB was arrested in 2010 in Bangladesh in 2010, and was shifted to Guwahati Central Jail.

He was released in 2013 of the jail. The court had imposed conditions which barred Daimary from holding public meetings and interacting with the media.

And after NDFB (Progressive), the Ranjan Daimary faction of NDFB also joined the peace process with New Delhi.

And after 15 years of peace negotiations, NDFB cadres are now optimistic about a comprehensive peace agreement with New Delhi.

But, a serious question has started to haunt the common Bodos — will a peace talk work if NDFB (S) army chief G Bidai alias Bishnu Goyary stays away from the process?

Bidai is also the vice-chairman of NDFB (S), and intelligence agencies have reported that the dreaded insurgent leader has shown no immediate signs to join the peace process with New Delhi.

An NDFB (S) group, under the command of Bidai was responsible for massacre of over 80 Adivasis in Central Assam’s Sonitpur district in December 2014.

As per reports, Bidai, along with a group of about 50 heavily armed NDFB (S) cadres are hiding in Bhutan, in an area close to the Royal Manas National Park.

The splinter group of NDFB (S) faction has also set up hideouts close to Rangamati and Mohakal areas in North Bengal, bordering Bhutan.

During the 1990s, NDFB established 12 camps on the Bhutan border. The hideouts were demolished during Royal Bhutan Army’s Operation All Clear in December 2003.

There are reports that the NDFB (S) splinter groups have restored two such old camps in South Bhutan.

Bidai and his cadres, at times, also carried out subversive activities at Bengtal in Chirang district, and in Baganpara and Jalah areas of Baksa district.

Common Bodo people have started to believe that the NDFB (S) splinter group of Bidai would carry out hit-and-run operations along the Bhutan border, and continue to disturb peace in Bodoland.

“If he (Bidai) does not join the peace process, he will continue to be like the ULFA commander-in-chief Paresh Baruah,” a Bodo school teacher at Sherfanguri, said.

NDFB was floated in 1986 by Ranjan Daimary with the dream for creation of a sovereign homeland for the Bodos.