Skill-development program has been initiated for those surrendered NDFB cadres who are ‘ineligible’ for government services. 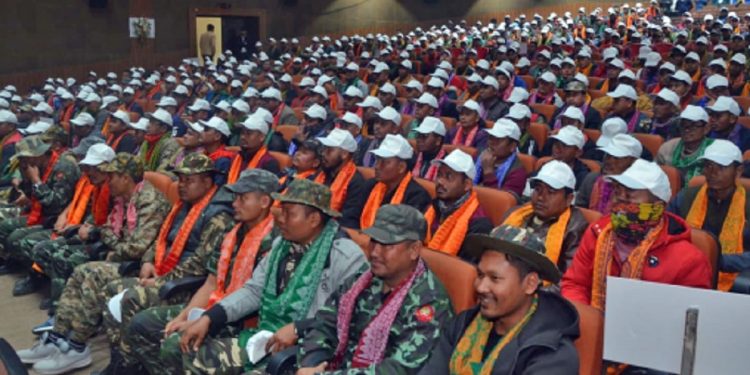 This was announced by Chief Executive Member (CEM) of the Bodoland Territorial Council (BTC) – Pramod Boro.

Training will be given to the surrendered militants of the NDFB very soon for their recruitment.

“Decision has been taken to start pre-recruitment training program soon for the ex-NDFB cadres and common youths of BTR, as per BTR Accord,” said Pramod Boro.

This decision was taken during a crucial meeting between BTC administration and senior officials of the Assam Police, BSF, CISF and CRPF at the DGP Headquarters in Guwahati.

Meanwhile, a skill-development program has been initiated for those surrendered NDFB cadres who are ‘ineligible’ for government services.

The skill-development training will be given by the Assam Police, P&RD and the BTC administration.

“This initiative will provide jobs to the youths and will ensure sustainable peace and all-round development in the region,” BTC CEM Pramod Boro said.