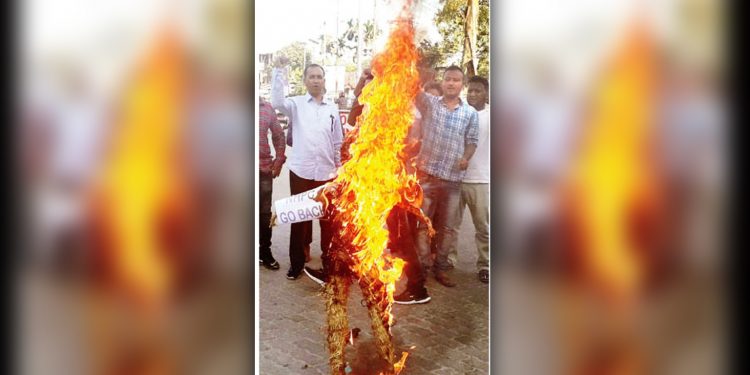 The construction of the dam was stalled for 8 years.

The announcement was severely opposed by the anti-LSHEP bodies and several bodies on Wednesday staged protest against it, warning the NHPC to not go ahead with the construction.

The Lakhimpur district unit of Asom Jatiyatabadi Yuba Chatra Parishad (AJYCP) protested against the resumption of work at the protest site at Gerukamukh by burning effigy of LSHEP executive director on Wednesday.

AJYCP, led by its assistant general secretary Saurabh Das, also sat on a demonstration before the Deputy Commissioner’s Office in North Lakhimpur.

The protesters warned NHPC not to start construction of the dam until the safety and security of the downstream areas of Subansiri were ensured.

Approximately 55 per cent construction works of LSHEP have been completed.

The project was presently carrying out emergent protection works as required for the safety of the partially-constructed dam blocks as well as the powerhouse and water conductor structures including COW (Cut off Wall) work.