"Music is a great way to spread culture and identity. It can also help people unite and bring peace to a restless society," says Dhritiman Goswami 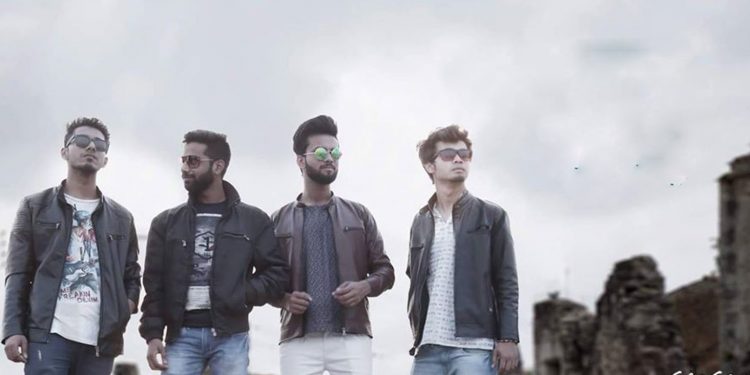 When John Lennon wrote ‘Imagine’ and said “You may say that I’m a dreamer, But I’m not the only one” people in large numbers hummed to the tune and wished for a world without boundaries or religion.

They questioned the Brahmaputra as how could it flow even after watching the destruction of the civilisation around it?

Music is a powerful tool and it has the power to sensitise us in such a way that we get ready to stand against the system or question the authority or society when everything around seems to be falling apart.

Chaotic situations bring out the rebel in us and when we are unable to start rebellion by muscular force, we start it with our creative masculinity.

Something similar has been attempted by Dhritiman Goswami and his band- Seasons- after witnessing the gradually deteriorating situation around them.

Right from the brutal rape and murder of Hyderabad vet Priyanka Reddy to the recent death of five persons in Assam while protesting CAA, everything had a severe impact on these budding musicians.

They vented out their frustration and anger in the form of their new single.

“Many incidents like blocking the Kashmiris from communicating with the outside world and the rape and murder of Priyanka Reddy made me restless and I was feeling uneasy,” said Dhritiman while speaking to Northeast Now.

“And when a young musician Sam Stafford was shot in the point-blank for peacefully protesting and exercising his right to expression, I felt a rebel was gradually shaping within me,” he added.

“And when I saw how my parents and my friends were trapped in their houses for stagging a democratic protest, the lava of anger erupted completely. I am a musician and music is my only tool to express my angst and so this song,” he reiterated.

“Music is a great way to spread culture and identity. It can also help people unite and bring peace to a restless society,” he added.

It vividly picks up each and every wrong aspect of the present Indian society and makes us ponder as to where are we heading towards?

The other members of the band include bassist Abhishek Mehra and drummer Nishant Taara Panchal.

“This is a small effort on my part to do something for the society so that peace returns soon to the society,” Dhritiman added.