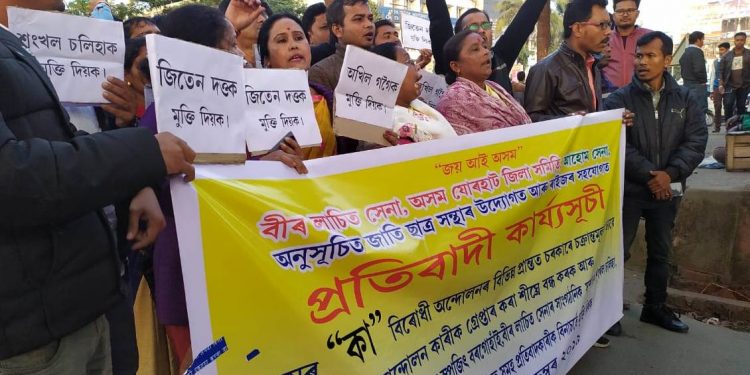 The protesters gathered in front of the deputy commissioner's office complex here and chanted slogans against the BJP governments.

Police arrested Nizamuddin Ali and Raju Dowarah under Lahdoigarh police outpost on charges of vandalizing property during the ongoing agitation against CAA.

The protesters gathered in front of the deputy commissioner’s office complex here and chanted slogans against the BJP governments at the centre as well as at the state.

The protesters also shouted vociferously for the release of KMSS leader Akhil Gogoi, pro-talk ULFA leader Jiten Dutta and other leaders, who were arrested during anti-CAA protest across the state.

The group condemned their arrests and said such moves by the government would not be tolerated.