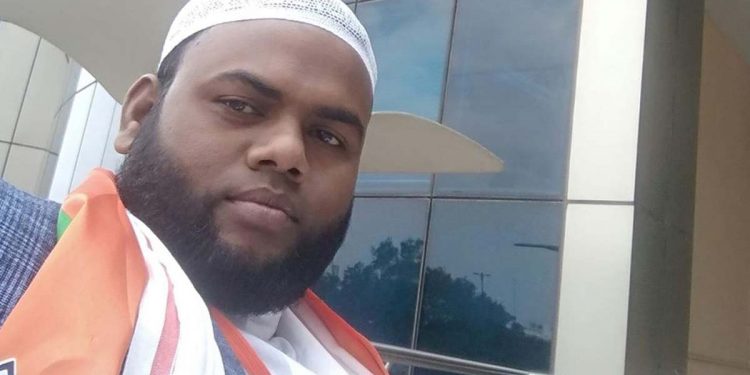 The Assam BJP has suspended the Hojai district president of Zila Minority Morcha, Kamrul Haque Chaudhury, for his alleged involvement in anti-social activities.

According to a letter issued to Chaudhury by Assam BJP general secretary Pulak Gohain, the Hojai district president was suspended through an order by the party’s state president, Ranjeet Kumar Dass, on charges of being involved in anti-social activities.

Pulak Gohain in the letter also informed Chaudhury that apart from his responsibility as the Hojai district president of Zila Minority Morcha, he has also been suspended from the primary membership of the party.

The suspension order will remain effective until a new order is issued after the allegation is dissolved.

The step has been taken by the state BJP leadership on the basis of a complaint of molestation lodged against Chaudhury by a woman.

Lanka Police registered a case (no. 219/20) as per Section 376/511/506 of the Indian Penal Code following the complaint and arrested Chaudhury on Friday evening.

Police produced Chaudhury before the court which sent him to judicial custody for 14 days.

In the complaint, the woman had stated that Chaudhury had to pay Rs 35,000 on May 11 to her husband that the Hojai district president of Zila Minority Morcha took as a credit.

But when she demanded the money, Chaudhury called her to his residence for the repayment and taking advantage of the situation tried to molest her. 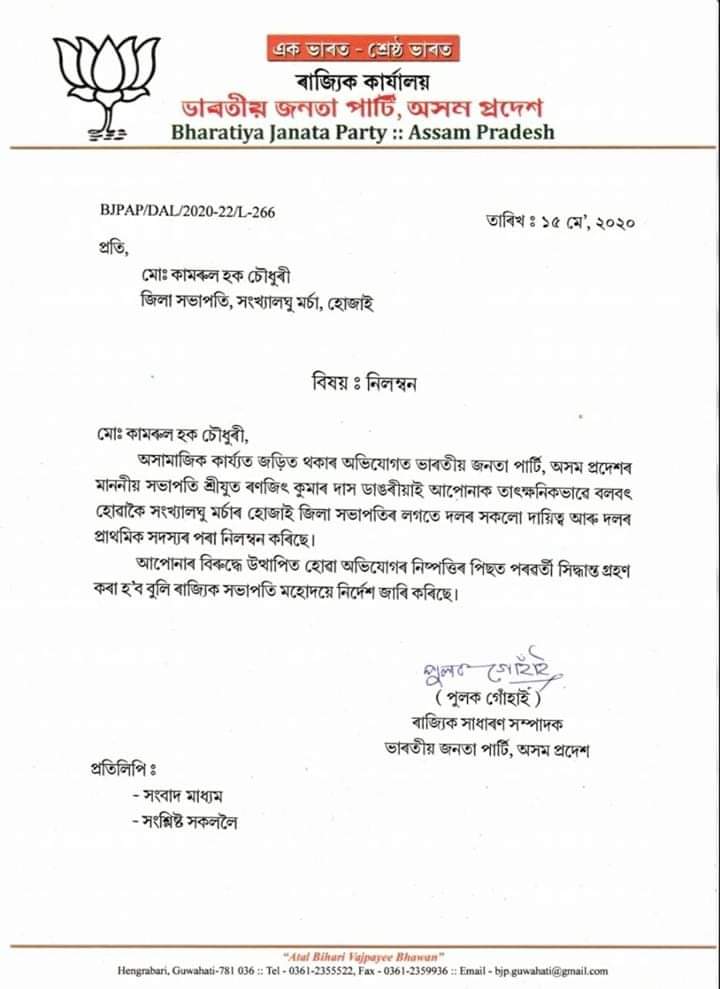