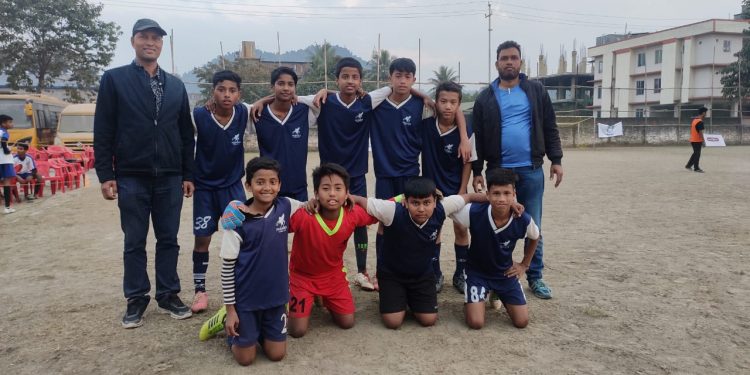 Pegasus finished at the top of the table of U12 category after final round matches with 24 points on match day 11 of GGBL.

Lakhya Biswas of Manomay emerged as the top scorer of U12 category with 27 goals.

Also read: 6 teams fight it out in final round of Greater Guwahati Baby League

In U10 category, Guwahati City FC (GCFC) Unicorns have kept their title hope alive after defeating GTC Rhinos 3-1 in an important encounter in final round played on Sunday at the International School, Nalapara.

The Assam’s first ever golden baby football league recognized by All India Football Federation (AIFF) which is being organized by Guwahati City FC (GCFC) and Sportscraft Management in association with WAMUL (Purabi Dairy) and supported by Assam Football Association, Indian Oil Corporation-Servo, Decathlon Guwahati, Rmanam Infotech and Gupshup 94.3 FM, saw Unicorns climbed up to the top of the table after defeating Rhinos with Pritam Brahma, Dibyapratim Basumatary and Utkarsh Bora scoring for the winning side.

In U8 category, Manomay Deers defeated Montfort Tigers 3-0 to climb up to third position in the table.

GCFC Unicorns and Narengi Dolphins are at the top two positions in the group, told a statement released by GCFC.