Greater Guwahati Baby League: Final round of U12 category starts with a friendly match 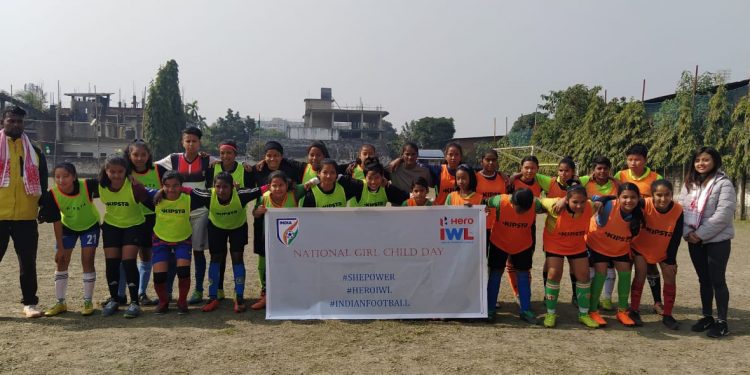 Six teams in U12 category fought it out in 10 exciting final round matches on the 9th match day of the ongoing second season of Greater Guwahati Baby League (GGBL).

The final round of U12 category started on Sunday with a friendly match between UKS Girls Football team and GGBL combined girls’ team to observe 71st Republic Day, National Girl Child Day as well as to promote Hero Indian Women’s League (IWL) at the International School, Nalapara.

The league, which is being organized by the GCFC and Sportscraft Management in association with the WAMUL (Purabi Dairy), has been supported by the Assam Football Association, Indian Oil Corporation-Servo, Decathlon Guwahati, Rmanam Infotech and Gupshup 94.3 FM.

The league has seen Chandmari Turtles, Manomay Deers and Khanapara Pegasus securing top three positions of the table of U12 after the first match day of final round matches, said GCFC.