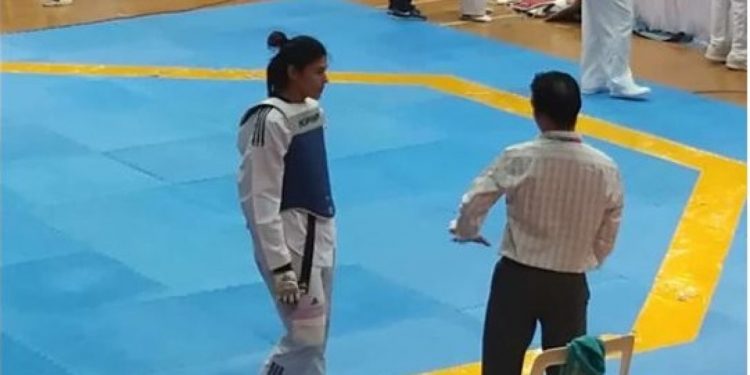 The international taekwondo championship, which commenced on Tuesday, will conclude on Sunday.

The event is being held at GMC Balayogi International Stadium at Hyderabad’s Gachibowli.

Rodali shot to fame after bagging a medal at the National Games.

Daughter of Anupam Baruah and Runa Baruah from Tezpur in SOnitpur district, Rodali began her taekwondo training at a tender age and has been actively participating in taekwondo events since she was in the 8th standard.

She is also the district champion with 1, 17 and 86 in the national, Asian and world ranking respectively.

Last month, Rodali along with another taekwondo player of the state, Dipika Hazarika, was selected to represent the Indian team at the World Taekwondo Championship in Manchester.

However, they could not participate in the prestigious tournament due to their problems in getting visa.