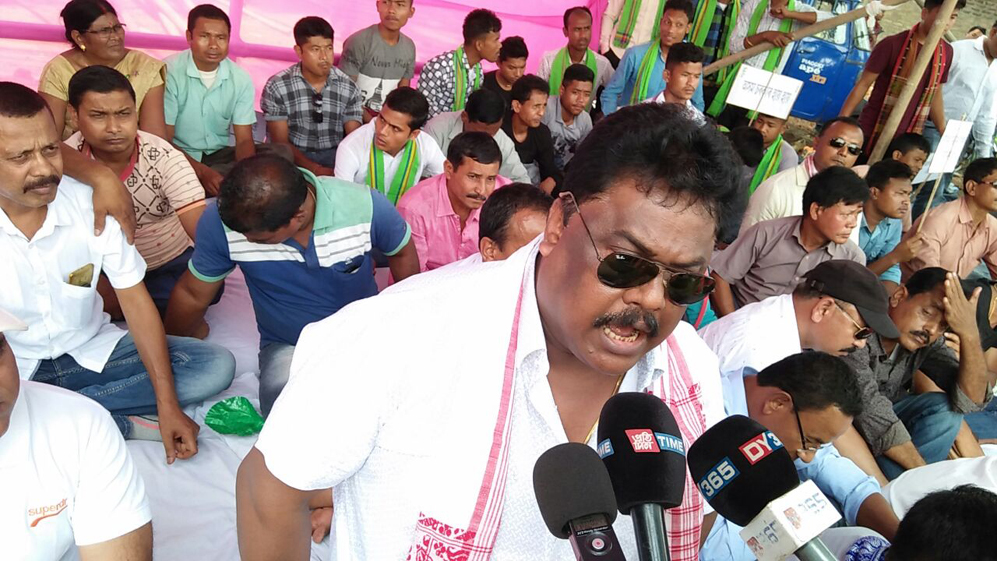 During a sit-in demonstration in protest against the Citizenship (Amendment) Bill 2016 in front of Raj Bhawan on Friday, Dutta said, “Shiladitya wants to create communal clash between indigenous people of the State and the Bengali speaking people of Lamding by indulging in cheap politics.”

Dutta urged the Assam Government to reign in the Hojai MLA and dissuade him from making controversial and inflammatory statements.

The Hojai MLA had warned popular singer Zubeen Garg not to take advantage of Bihu shows to provoke people against the Bill on May 17 last.

Zubeen had appealed to the people to come out collectively in protest against the BJP-led Central Government’s move to implement the Citizenship (Amendment) Bill 2016 during a Bihu show in Assam’s Majuli on Wednesday night.

The Hojai MLA urged the popular singer to focus on singing. He said, “Zubeen should convey messages through singing if he wants. He should sing good songs to protect the Assamese culture.”

Talking to media, United Liberation Front of Assam (ULFA) Chairman Anup Chetia said, “If Shiladitya wants to create communal clash between the Bengalis and the indigenous people of the State, it will harm the Hindu Bengalis more which will force the Bengalis to leave Assam.”

ULFA pro-talk leader Prabal Neog also condemned Shiladitya’s statment on Zubeen and said, “It is unfortunate. Every artiste has the right to speak for his or her own community.”