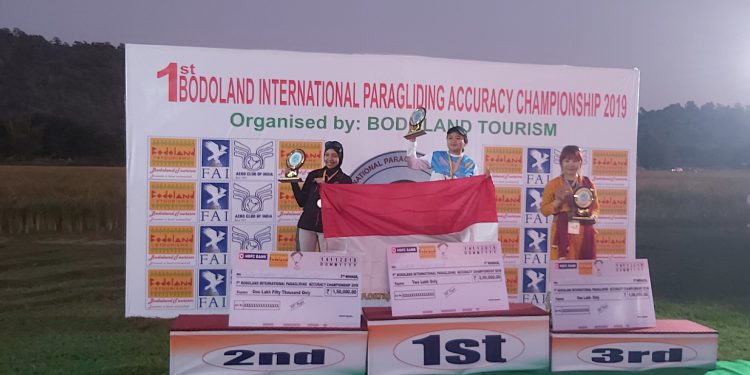 Other medal winners include Yong Wu of China who won silver in the man’s category and Korean Jinhee Back won the bronze medal in the women’s category.

It may be mentioned here that the international event was organized by the Tourism
Department of the Bodoland Territorial Council (BTC) from November 10 to November 14, 2019.

Overall 68 paragliders from countries like Indonesia, Japan, Taiwan, Korea, Nepal, China and India participated in the championship, which began on Sunday (November 10).