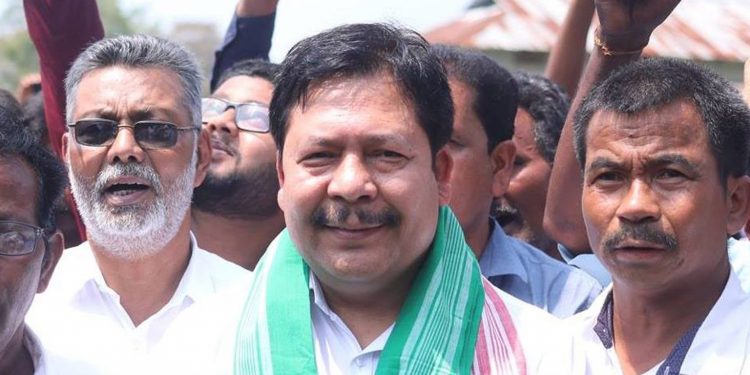 Kokrajhar MP and chief of Gana Surakha Party (GSP) Naba Kumar Sarania have termed the Governor’s rule in BTC constitutional and legal as per the 6th schedule of the Constitution.

Sarania said the people of the Bodo belt is batting for a change in guards in the forthcoming general elections to the BTC.

“The polls are likely to be delayed further in the wake of the coronavirus pandemic,” he said.

The polls were scheduled to be held on April 5 but it had to be postponed for the coronavirus pandemic.

“It is not feasible to hold polls any time soon and it is most likely to be pushed further to September-October,” Sarania said.

Referring to the writ petition by BPF leaders Nerswn Boro and Jagadish Sarkar in Gauhati High Court challenging the constitutional validity of the Governor’s rule in the Council, Sarania said the Governor has assumed himself to the council as per the clauses of the 6th Schedule of the council and the contention of BPF is most likely to be turned down by the court.

“The power-hungry nature of BPF leaders who avouched to remain in power even after expiry of the term has come to light after their move to approach the High Court but contrarily the BPF should have welcomed the Governor’s rule,” he said.

There he held a closed-door meeting with the administrator, principal secretary, DCs, SPs of the BTAD.