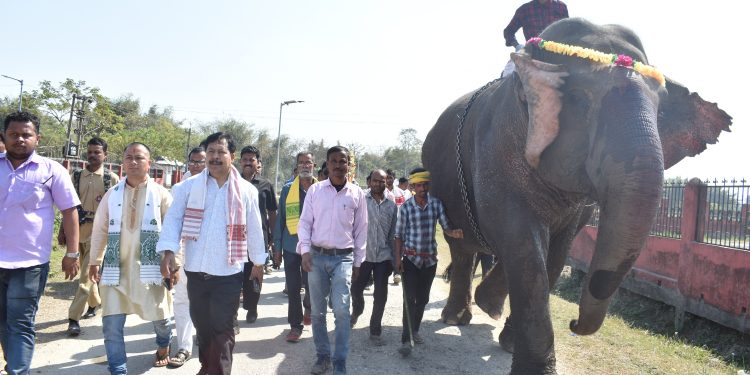 Dark clouds of uncertainty loom large over the fate of BTC elections which was deferred indefinitely.

Many are of the view that the BTAD might come under President’s rule to be administered by Governor after the expiry of five-year term of the present Bodoland People’s Front (BPF) government on April 27 next.

The BTC Council Polls, which was earlier scheduled to be held on April 4 was indefinitely postponed by the State Election Commission due to the outbreak of the coronavirus pandemic.

President of the United People’s Party Liberal (UPPL), Pramod Boro responding to the development said coronavirus pandemic is an issue of ‘national importance’ and in these trying times it is not perceived as inconvenience to the BTC polls.

“Election is not a priority, but saving lives is”, Boro said, adding that the fight against COVID-19 is the primary goal.

Assam Pradesh Congress Committee (APCC) president, Ripun Bora has also dashed off a letter to Assam Governor, Prof Jagdish Mukhi on April 10 exhorting him to take over the charge of the administration of the Bodo belt post April 27 and ‘preserve the sanctity of the Constitution’.

Sarania in his letter to Governor Mukhi stated there are least chance that BTC council polls will be held before April 27 amid the lockdown and coronavirus pandemic and in such circumstances exhorted him to take over the charge of the administration.

A source in the Dispur said though it is being contemplated that the polls would be held once the situation becomes ‘normal’ it seems highly unlikely that the region will see the holding of an election anytime soon as even if lockdown is relieved there would be restrictions to ensure that mass gathering of people is severely restricted.

“The postponement measure was necessary because of an unprecedented global situation, considerations of the health of the people must be the top most priority of the government, celebrating the elections in this moment would have been detrimental for public health as well as to the free and normal exercise of the right to vote,” said a political analyst Zakir Hussain.

Under Article 356 if elections are postponed for unavoidable reasons like war, epidemic or natural disasters, the Governor may issue a proclamation, after obtaining the consent of the President where in the executive authority is exercised through the Governor, who has the authority to appoint other administrators to assist them.