The BJP government is going to upgrade the BTC to UTC, says Kokrajhar MP 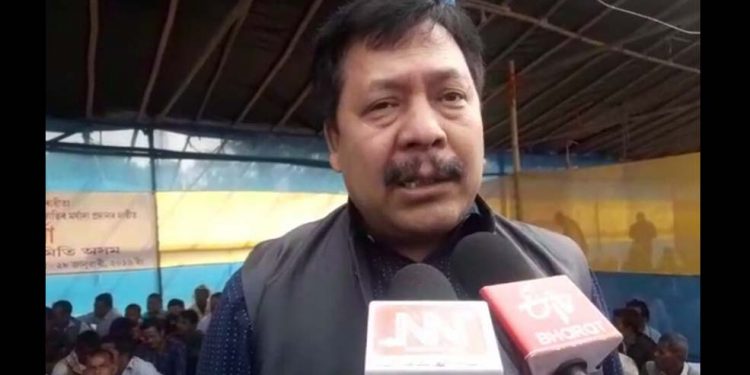 Sarania warned both the State and Central governments not to divide Assam in the name of peace talks in Bodo belt.

“The BJP government is going to upgrade the BTC to UTC, through which the legislative, judiciary and administrative powers and economic autonomy will be handed over to the council’s administration, including expansion of the council’s area,” the Kokrajhar MP told reporters in Guwahati.

He said he came to know about such a move from some informal sources.

“I am not opposing any treaty to be signed after the peace talks but at the same time, I will not support division of Assam. Any ethnic group residing in the land of BTC should not be deprived of their democratic rights,” Sarania said.

He added that if the ruling BJP continues its unwavering attitude and not respond to the demands of the public, then in the coming days the process to flush out the party from Assam will start from BTAD.

Earlier in 2018, the several organisations representing the Koch Rajbongshi community called an Assam bandh in protest against the Centre’s reported move to grant UTC status to BTC.